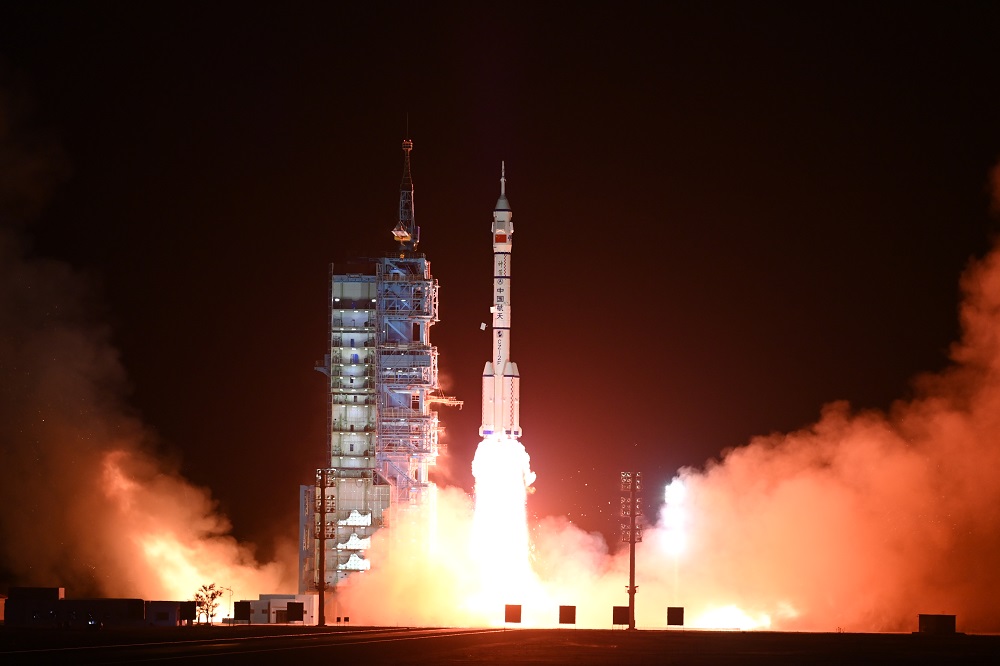 The spaceship, launched on Tuesday night, conducted a fast automated rendezvous and docked with the front port of the space station's Tianhe module at 5:42 a.m. Wednesday (Beijing Time), said the CMSA.

It is the first time that Chinese astronauts aboard the space station have seen the visit of a crewed spaceship, according to the CMSA.

The spaceship, atop the Long March-2F Y15 carrier rocket, blasted off from the Jiuquan Satellite Launch Center in northwest China at 11:08 p.m. Tuesday (Beijing Time).