BEIJING, June 28 (Xinhua) -- Ahead of the first skateboarding qualification event for the Paris 2024 Olympics, China's national team expressed their anticipation for a podium finish in Paris. 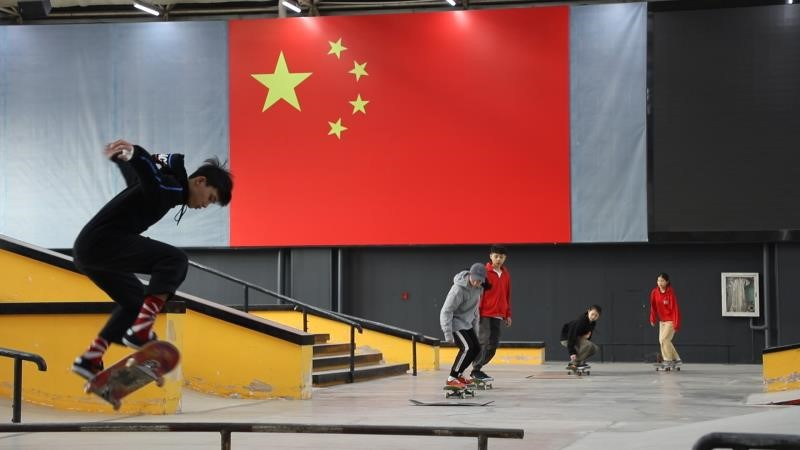 Zeng Wenhui, who finished sixth in women's street at Tokyo 2020, is representing China in the World Skate Street Skateboarding Championships in Rome, Italy, which runs from June 26 to July 3.

"My goal is to make it to the finals in Rome, since I haven't participated in any international competitions for a long time," Zeng told Xinhua in an exclusive interview prior to her qualification campaign.

Despite absence from international competitions, Zeng has been keeping an eye on top-tier skaters on social media.

"I'm not sure if what they posted on social media is all they got. I need to see for myself through competitions," she said.

Zeng will launch her campaign in the women's open qualifier on June 29. The quarterfinals and semifinals will be held on July 1 and 2, before the final competition taking place on July 3.

The 17-year-old is confidence in her finals appearance, adding that she has been practicing new tricks after the Tokyo Olympics. "My goals may be higher than others on the team, and I have always been hard on myself."

At the Tokyo Games, Zeng made it to the final and finished sixth overall, which was the best result ever for Chinese skateboarding in major competitions.

"She is a very shy, very reserved person. But when she's on the skateboard, it's completely different. You see that she releases her internal fire."

"For competitive sports, as long as you are standing on the stage, everyone's goal is the same. It is to win the gold medal," said Cao Guangqiang, deputy team leader of the Chinese team.

"Our goal for Paris 2024 is to make the podium and do our country proud," he added.

China will send skateboarders to compete in both events.