A spokesperson for the Chinese military said China’s attitude on the South China Sea remains the same despite repeated challenges from the US. 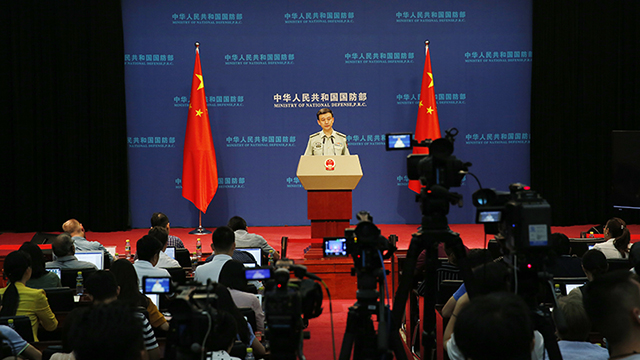 For some time, the US has speculated on the South China Sea issue and tried to affect freedom of navigation on the Chinese side, Wu said.

“I have to point out that it is impossible to turn a lie into truth even if one repeats it a thousand times. China is carrying out the construction of islands and reefs mainly for civil purposes, which is completely reasonable. It is a legitimate right of the sovereign state to deploy the necessary defense facilities on the island reefs, which is completely justified. The US military aircraft flew over the Chinese island to provoke China. China has sent out warnings according to the law, and it was equally justified and reasonable,” Wu told the media briefing.

CNN's recent flight received six separate warnings from the Chinese military, telling them they were inside Chinese territory and urged them to leave, according to a report on August 24, 2018.

Recent commentary on the South China Sea situation said “the wind sweeping through the tower heralds a rising storm in the mountain,” quoting a Chinese poem.

In response, Wu quoted late Chinese leader Mao Zedong’s poem, saying “No matter how much one is battered by a storm, it is worth a stroll.”