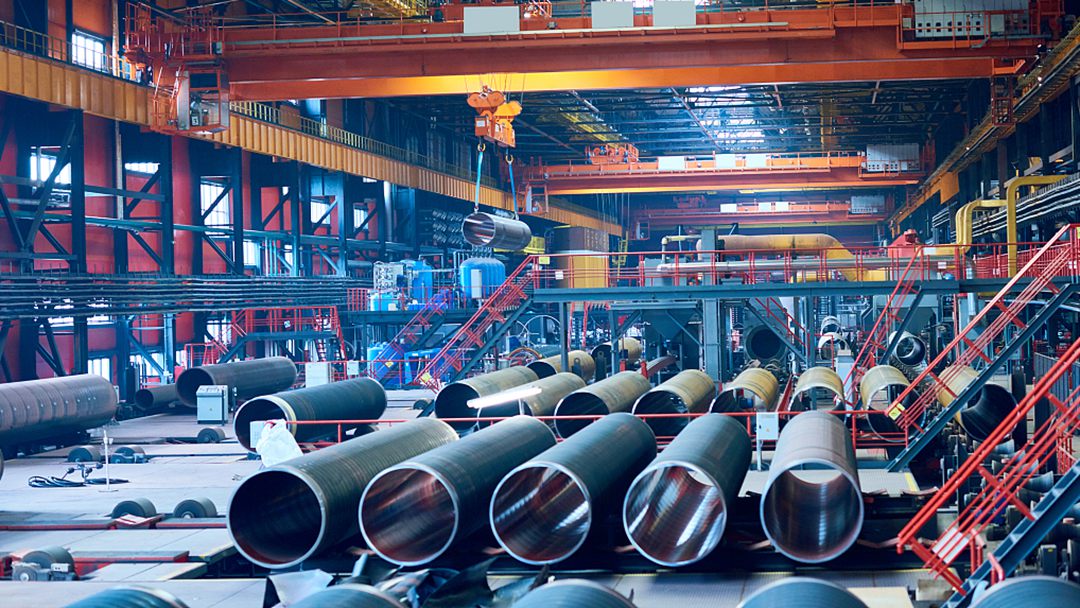 Crude steel output rose by about 9.1 percent from a year before to reach 93.36 million tonnes in July, with a daily output of 3.01 million tonnes, according to the China Iron and Steel Association (CISA).

The output of pig iron gained nearly 8.8 percent year on year to 78.18 million tonnes in July, while that of rolled steel surged by roughly 9.9 percent from the same period last year to 116.89 million tonnes, the CISA data showed.

Affected by COVID-19, major steelmakers suffered a revenue loss of over five percent in the first quarter, while profits slumped by more than half.

As macro policies supporting growth consolidate economic recovery momentum, demand for steel in the downstream industry is expected to continue to grow, a report from the CISA said.

China's largest steelmaker China Baowu Steel Group announced on Friday its acquisition of a 51 percent stake in Taiyuan Iron & Steel (Group) Co Ltd as part of its efforts to become a global steel leader with an annual output of 100 million tonnes.

Yet, the increasing supply has not been able to meet the rising demand. The country's imports of steel materials in July tripled to 2.61 million tonnes from a year ago, and imports from India and South Korea saw particularly big rises. China has emerged as a welcome buyer.

Global crude steel production will decline in 2020 with solid growth in China offset by a steep fall in the rest of the world, said Anglo-Australian mining giant BHP in its full-year earnings report released on Tuesday, as China will be the only major economy to grow this year while developed economies will not start to recover until 2021.