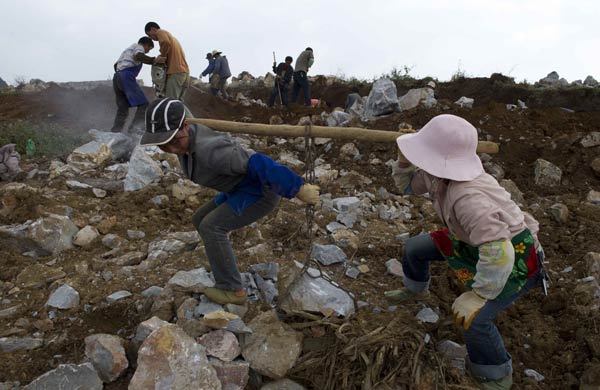 BEIJING, Dec. 13 (Xinhua) -- China's stony desert areas shrank at a faster pace during the past few years thanks to government emphasis on environmental protection.

From 2011 to 2016, the area of stony deserts declined at an average 3.45 percent each year, quickening from a 1.27-percent annual drop in the previous five-year period, Liu Dongsheng, deputy head of the National Forestry and Grassland Administration, told a press conference Thursday.

At the end of 2016, stony deserts stood at 10.07 million hectares, Liu said. "The spread of stony deserts was effectively contained."

The environmental improvement was attributed to efforts to protect vegetation and plant more trees and grass, which contributed 65.5 percent of reversing desertification, according to Liu.

The results were released after the third national survey on stony deserts, which took nearly a year and a half and covered hundreds of counties in eight provincial regions, including Hubei and Guangxi.