China's star sprinter Su Bingtian continued his soaring form into the current season as he clocked 9.91 seconds to finish third in the men's 100-meter race at the Paris leg of the 2018 IAAF Diamond League on Saturday, levelling the Asian record for the second time in nine days. 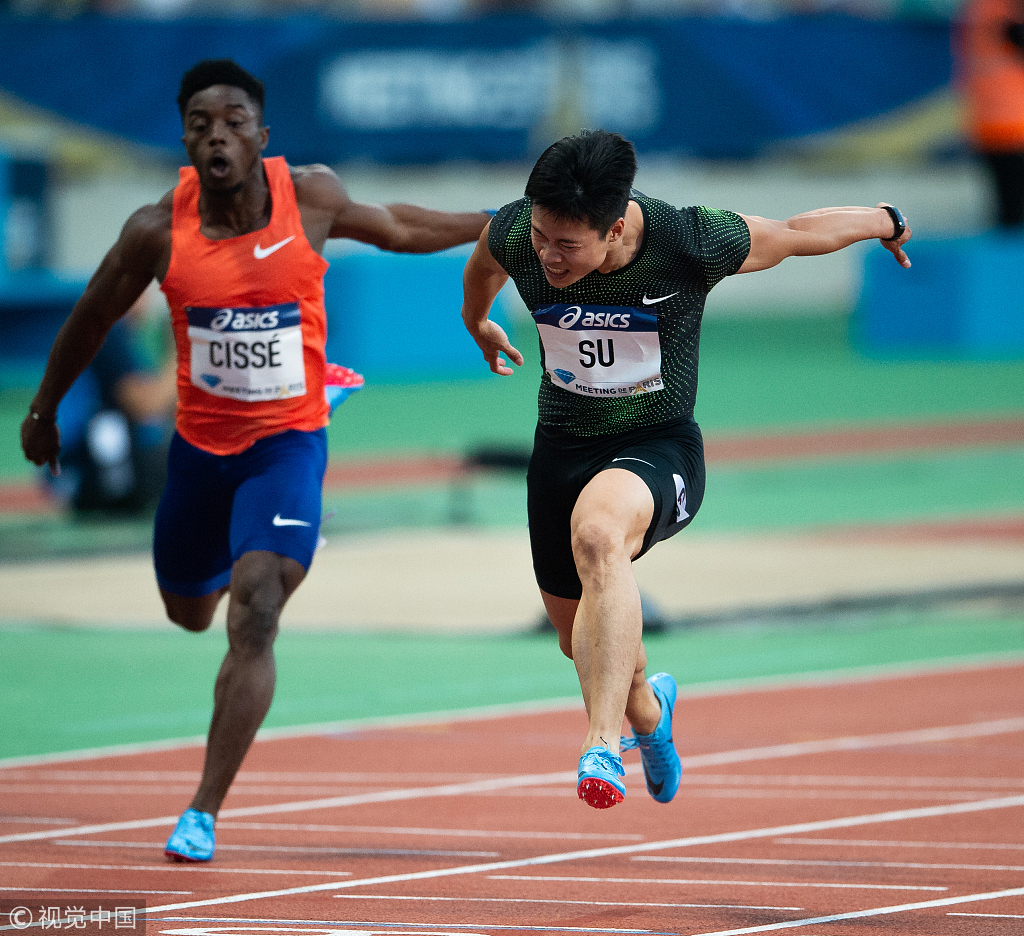 A quick reaction time of 0.127s gave Su an early boost but he was outraced by Ronnie Baker of the United States right in front of the finish. Baker wrapped up his thrilling victory with a tied world leading time of 9.88s. Su and Frenchman Jimmy Vicaut both clocked 9.91s, and were separated by the photo finish with Su settling for the third place with a deficit of three-thousandths of a second.

Last Friday Su achieved such feat for the first time in Madrid, cutting 0.08s off his career best while improving the national record by 0.06s. He also leveled the continental record set by Femi Ogunode of Qatar three years ago.

The 28-year-old Su has been enjoying a flying start in 2018. He bettered the 60m Asian indoor record for three times before earning a silver medal at the World Indoor Championships in Birmingham.