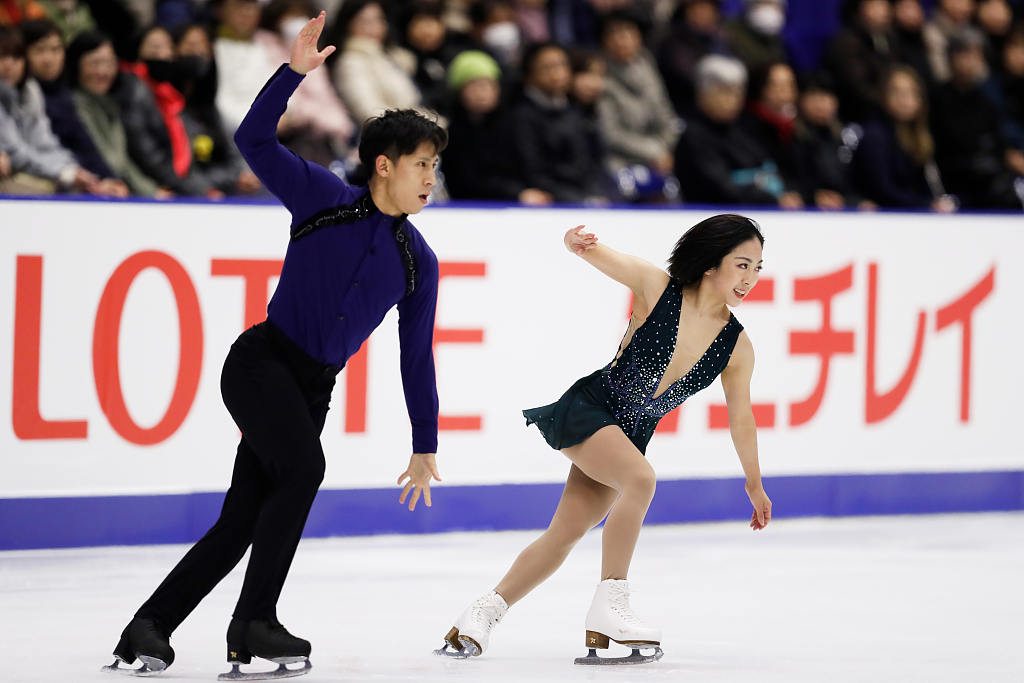 The two-time world champions' program was highlighted by a triple twist, throw triple salchow, and throw triple flip. However, Sui fell when landing her triple toeloop. They scored 145.69 points to lead the free skate and collected 226.96 to win the title.

In ice dance, Four-time world champions Gabriella Papadakis/Guillaume Cizeron of France were untouchable and set new high scores 226.61 on their way to the gold. Russia's Alexandra Stepanova/Ivan Bukin earned the silver in 208.81 and, like the French, a ticket to the GP Final next month. Charlene Guignard/Marco Fabbri of Italy took the bronze with 198.06.