China's new generation heavy-lift carrier rocket, which is capable of carrying a 100-ton payload to the Moon, has basically concluded its feasibility studies and entered the last phase of getting state approval, according to Luan Enjie, former head of the China National Space Administration. 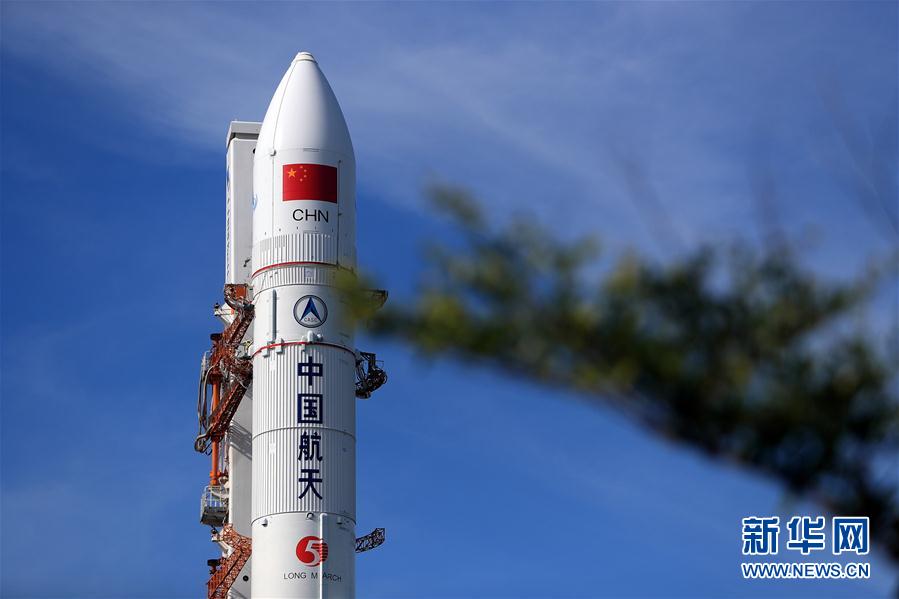 Luan, who is also an academician from the Chinese Academy of Engineering and first commander-in-chief of China's lunar exploration mission, revealed the progress during an interview with state broadcaster China Central Television which was aired on Sunday.

Although Luan did not mention the official name of the new rocket, Chinese space experts reached by the Global Times on Monday widely speculated that it would very likely be the highly anticipated Long March-9 launch vehicle, and that the new rocket would be the go-to model for the country's future manned lunar landing missions, which will hopefully take place around 2030.

The feasibility study of the new rocket has basically concluded, and is entering the final stage for state approval, Luan said. "We are working toward initiating research work of the heavy-lift launch vehicle within the 14th Five Year Plan period (2021-25)," he said.

We will be able to send a 100-ton level payload to the Moon, he explained.

Song Zhongping, a space observer and TV commentator, told the Global Times on Monday that he believed that the new model will be the long-anticipated Long March-9, which would propel the further advancement of China's space industry.

"State approval of the new heavy-lift launch vehicle, which is highly likely to be the Long March-9, will clear the fog for future manned lunar missions," another Beijing-based space expert who asked not to be named, told the Global Times on Monday.

The Beijing expert also predicted that if China wants to launch the new heavy-lift rocket by around 2030, the project will probably get state approval within the next two years, as the research work for Long March-5 took about 10 years after being approved.

As China seeks to become a space powerhouse by 2030, the success of a manned lunar mission would be the highlight and benchmark for China's progress toward that goal, he explained.

The Long March-9 heavy-lift launch vehicle will also extend its service scope, and include the building of a moon research base, lunar surface power plant and future Mars manned mission, he remarked.

Xinhua News Agency reported in September 2018, citing Li Guoping, director of the Department of System Engineering of the CNSA, that the Long March-9 will exceed 90 meters in length. The rocket would have a core stage with a diameter of 10 meters, and that the Long March-9 was expected to be launched by 2028.

The China Academy of Launch Vehicle Technology (CALT) declined to elaborate on the project, nor confirm that it was related to the development of the Long March-9 to the Global Times on Monday.

However, Mou Yu, an official with the academy, told media that during the 14th Five Year Plan period (2021-25), China will continue to push forward the research for a new generation manned launch vehicle and a heavy-lift launch vehicle.

Mou also declined to reveal the name of the new heavy-lift rocket model, but did mention that it would be capable of sending a payload of 150 tons to the low-Earth orbit, which is around six times that of the current strongest Long March-5.