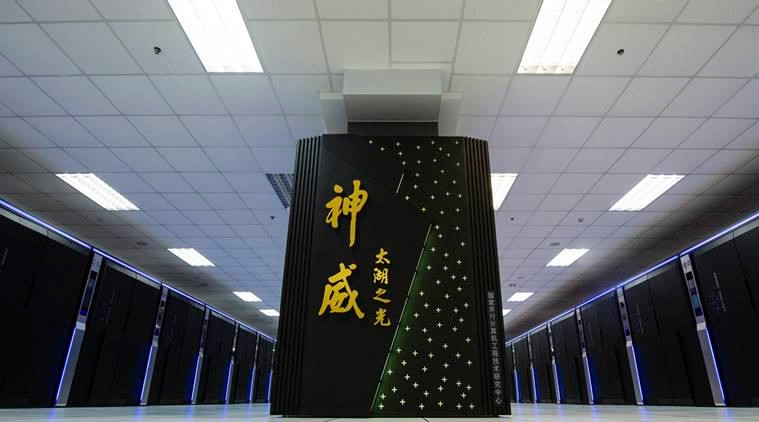 China is again at the top of a biannual ranking of the world's 500 fastest supercomputers, with its Sunway TaihuLight maintaining the lead as the No. 1 system for the fourth time.

The supercomputer, with a performance of 93.01 petaflops, was developed by China’s National Research Center of Parallel Computer Engineering & Technology (NRCPC) and installed at the National Supercomputing Center in Wuxi, in Jiangsu Province.

China's Tianhe-2, or Milky Way-2, is still the No. 2 system at 33.86 petaflops. Intel chip-based Tianhe-2 had topped the list for three years until it was displaced in November 2015 by TaihuLight, which was built by entirely using processors designed and made in China.

The No. 3 is Switzerland's Piz Daint, which is also the most powerful supercomputer in Europe. A new system in Japan, called Gyoukou, is the No. 4, which pushes the top US system “Titan” to the No. 5.

"For the second time in a row, there is no system from the US under the TOP3," said the Top500. 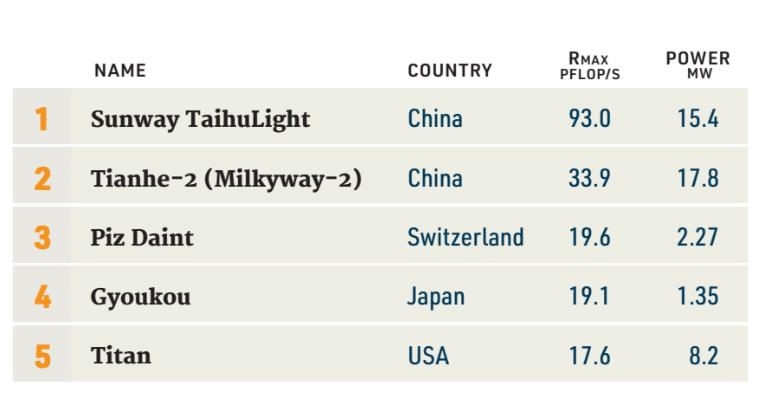 But, that's not all.

The new Top500 list also shows that China has overtaken the US in the total number of ranked supercomputers systems. Just six months ago, the US remained in the first place with 169 systems and China with 159.

"It is the largest number of supercomputers China has ever claimed on the TOP500 ranking, with the US presence shrinking to its lowest level since the list's inception 25 years ago," Top500 said.

In fact, China has also overtaken the US in aggregate performance as well. It now claims 35.3 percent of the TOP500 flops, with the US at second place with 29.8 percent. 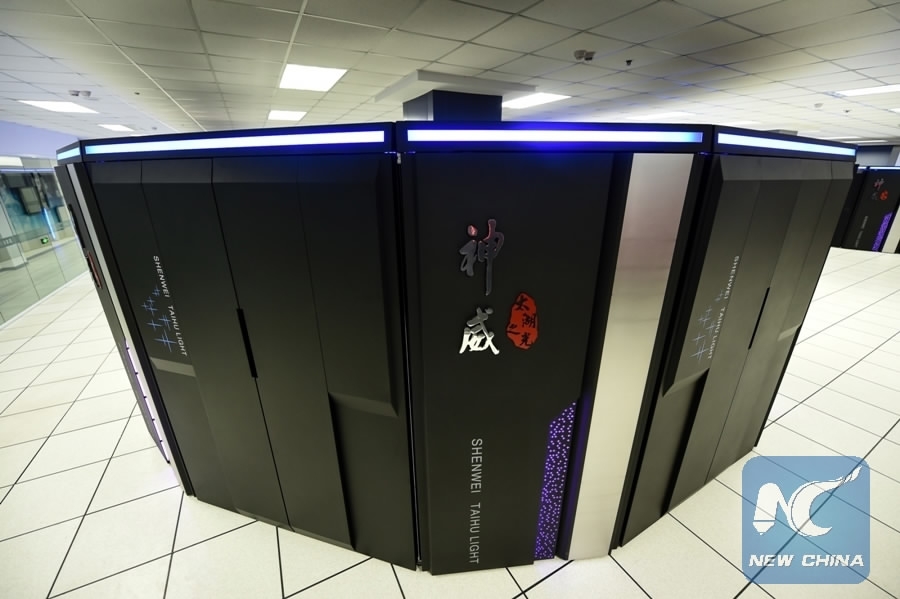 When it comes to companies making these systems, the US-based Hewlett-Packard Enterprise (HPE) has the lead in the number of installed supercomputers at 123, which represents nearly a quarter of all TOP500 systems.

China's Lenovo followed HPE with 81 systems, down from 88 systems on the June list, and another Chinese company called Inspur jumped to the third position with 56 systems, up from the sixth place and 20 systems only six months ago.

Liu cautioned that China's overtaking of the US in the total number of ranked systems didn't make too much sense.

"We should be soberly aware that core technologies of the mainstream products on the HPC market, such as CPU and GPU, are now still being dominated and controlled by US companies."

"China still lags far behind when compared with the US and Europe,” said Liu. “It requires continuous efforts for further development."

Besides, he predicted that Summit, a system currently being developed by the US Department of Energy, could dethrone China's TaihuLight next year, when it comes to run with an expected performance of 200 petaflops. 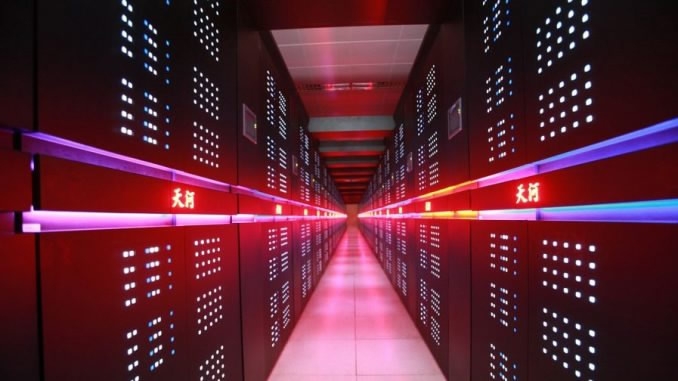 Other systems in the top 10 included supercomputer Sequoia, Trinity and Cori of the US, as well as Oakforest-PACS and K computer of Japan.

Top500 list pointed out this is the first time that each of the top 10 supercomputers delivered more than 10 petaflops.

Taking a broader look, the combined performance of all of the TOP500 systems has grown to 845 petaflops, compared to 749 petaflops six months ago and 672 petaflops one year ago.

"Even though aggregate performance grew by nearly 100 petaflops, the relative increase is well below the list's long-term historical trend," the list said.

The Top500 list is considered as one of the most authoritative rankings of the world's supercomputers. It is compiled on the basis of the machines' performance on the Linpack benchmark by experts from the US and Germany.