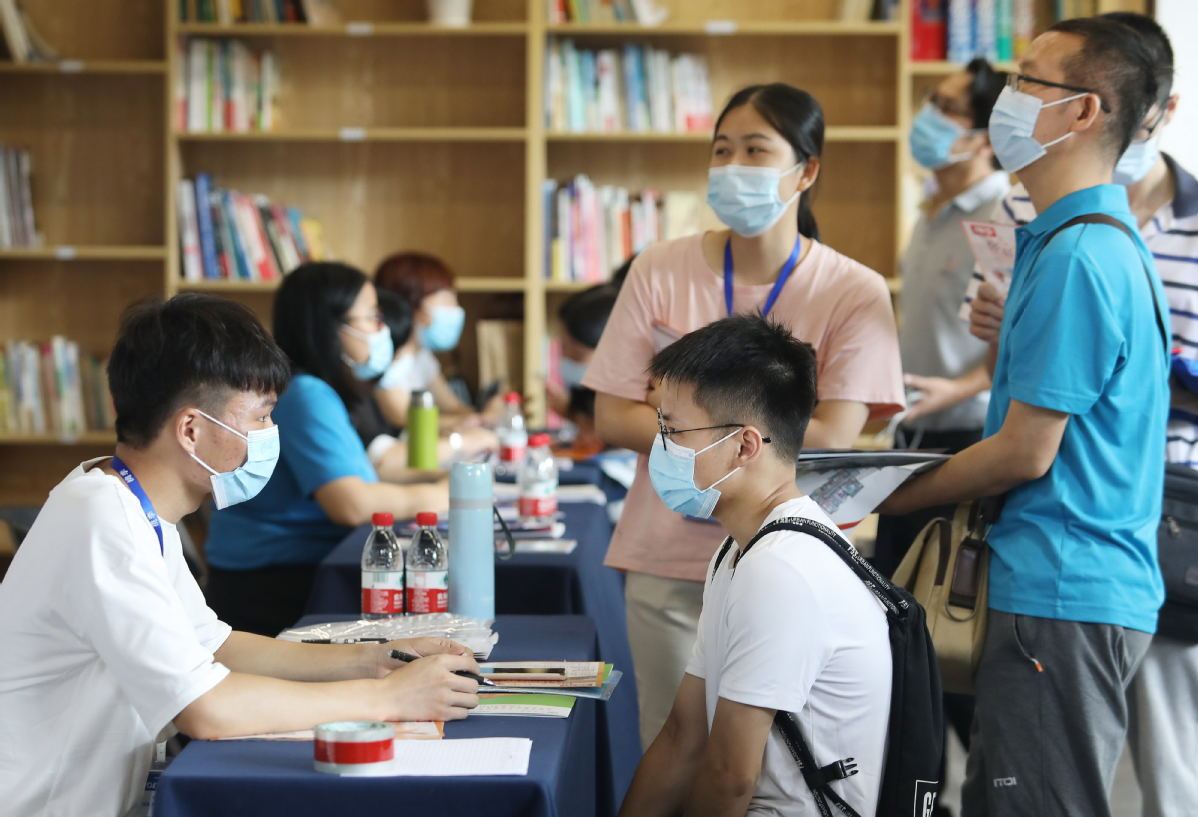 Students who are graduating talk with job recruiters at a career fair in Dongguan, Guangdong province, on July 11, 2020. (Photo: China Daily)

The unemployment rate has dropped for four months in a row, as the Chinese economy continues to strengthen its recovery from the COVID-19 slump.

A total of 10.99 million new urban jobs were created in the first 11 months, completing 122.1 percent of the target set for the whole year, said the NBS.

The surveyed unemployment rate among those aged between 25 and 59, the majority of the labor market, stood at 4.7 percent last month, down 0.1 percentage points.

Meanwhile, the surveyed unemployment rate in 31 major cities was 5.2 percent last month, which was also down 0.1 percentage points from October, according to the NBS.

China has given priority to stabilizing employment and ensuring living standards this year. This year's government work report set targets for adding over 9 million new urban jobs and keeping the surveyed urban unemployment rate at around 6 percent.