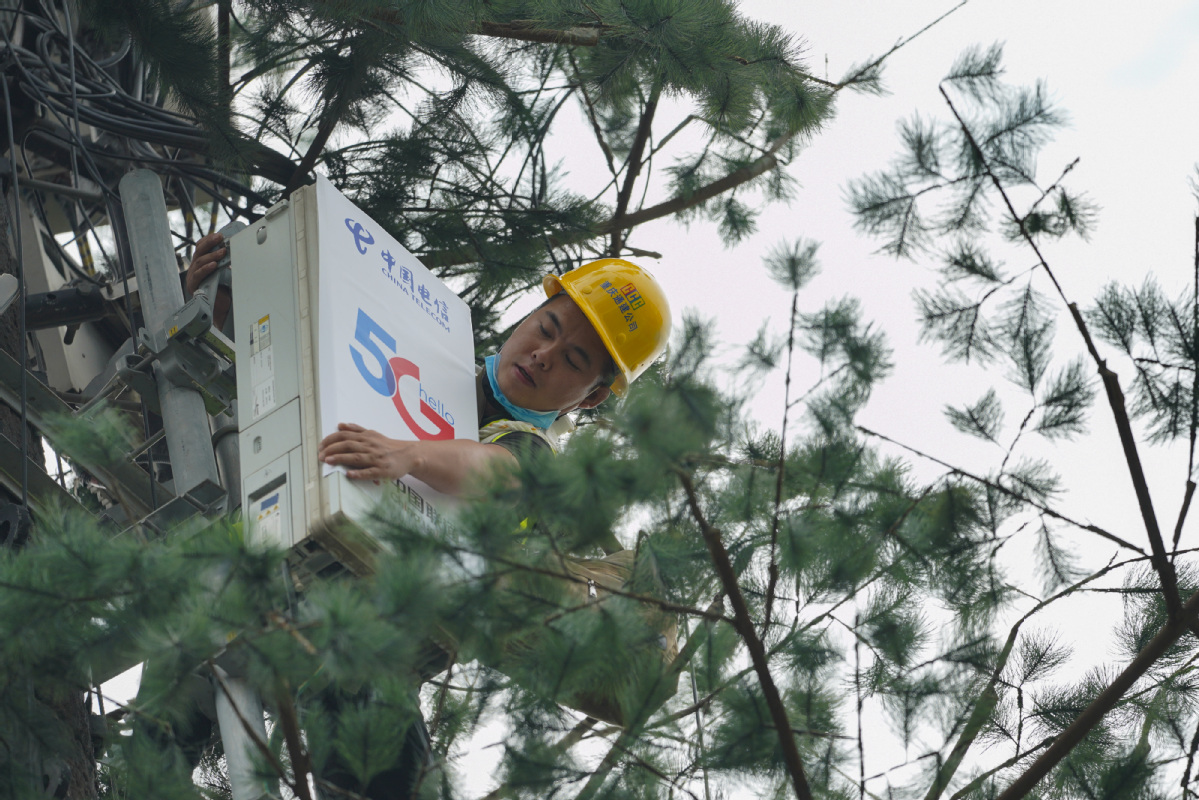 A technician checks a 5G station at a scenic spot in Chongqing. [Photo/Xinhua]

The combined industrial revenue rose 6.7 percent year on year to 612.7 billion yuan (about 94.63 billion U.S. dollars) in the January-May period, according to the Ministry of Industry and Information Technology.

The growth was also up by 6.4 percentage points from that in the same period of 2019, said the ministry.

By the end of May, China's three telecom giants -- China Telecom, China Mobile and China Unicom -- had 1.61 billion mobile phone users, with the number of 5G subscribers reaching 335 million, the data shows.

The three telecom companies also saw a steady increase in the number of fixed broadband internet users, with subscribers rising to 505 million by the end of May, a net increase of 21.61 million from the end of last year.