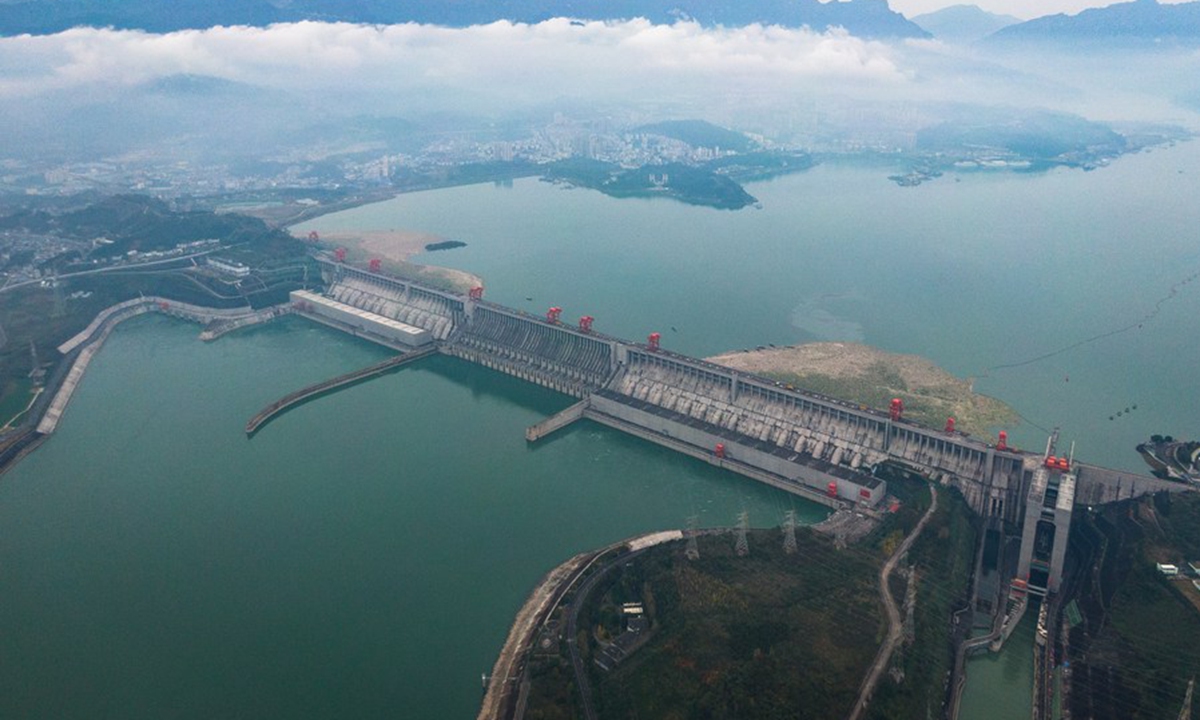 Making full use of the comprehensive benefits of flood control, navigation and water resources utilization, the Three Gorges project has generated 103.1 billion kilowatt-hours of clean energy this year, topping the previous record set in 2016 by the Itaipu Dam in South America, the Three Gorges Corp announced on Wednesday.

Serving as a major clean-energy production base, it greatly benefits energy conservation and emission reduction efforts in the country with a safe, efficient low-carbon approach that contributes to China's ecological environment.

China has experienced unusually large rainfall in 2020 with a prolonged wet season and heavier precipitation, mainly in southern China. The Three Gorges Dam saw the largest flood peak since the construction of the reservoir, reaching 75,000 cubic meters per second in late August, exceeding the largest inflow in history.

To tackle the peak, the Three Gorges Reservoir, with the help of the Ministry of Water Resources, has optimized its emergency responses and hydropower functions, while at the same time realizing more accurate weather forecasts, and strengthened coordination to jointly rein in floods.

It managed to maintain a smooth, steady functioning of its hydropower stations to enable the uninterrupted full-load operation during the flood season.

Since 2003 when the first batch of power stations went into operation, it has become the backbone supplier of electricity in East China, Central China, South China's Guangdong Province and other regions.

The breakthrough has shattered the long-held suspicions of some Western media that hyped the dam as a danger to the environment and "a tea cup for a big tub of water," according to media reports from US-based CNN.