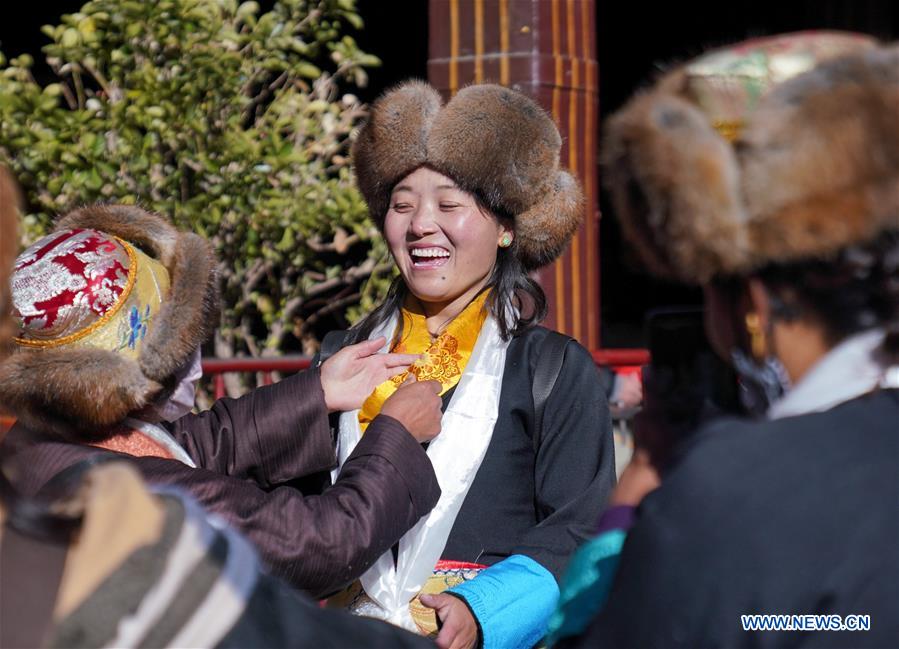 Tadong village, deemed as "the most beautiful village in Lhasa" and famous for its hot springs, is one of the six bases. Besides, another hot spring resort in Yangbajain, a Tibetan medicated bath center and three other eco-tourism destinations, have been included in the pilot program.

Since 2016, Tadong's healthcare tourism has received more than 1 million tourists generating a revenue of over 21 million yuan (about 3 million U.S. dollars).

"We are so pleased to work in our village, get dividends and meet guests from afar," said Tashi, a local villager.

A total of 15 travel agencies signed cooperation contracts with the six bases on Tuesday.