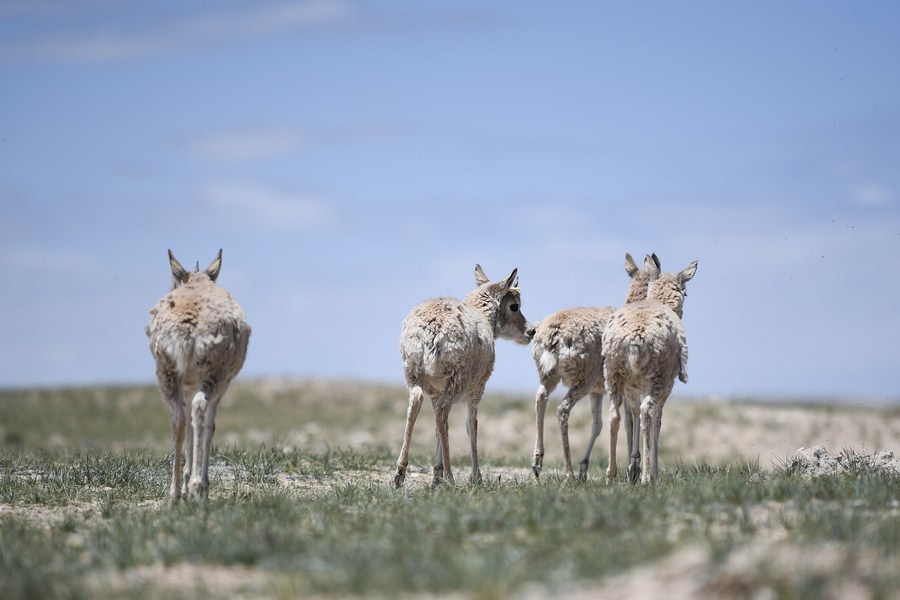 The status of Tibetan antelopes in China has been downgraded from "endangered" to "near threatened" amid the country's active anti-poaching and biodiversity protection efforts, said the National Forestry and Grassland Administration.

The species, mostly found in Tibet Autonomous Region, Qinghai Province and Xinjiang Uygur Autonomous Region, is under first-class state protection in China. It plays a key role in maintaining the ecological balance on the Qinghai-Tibet Plateau.