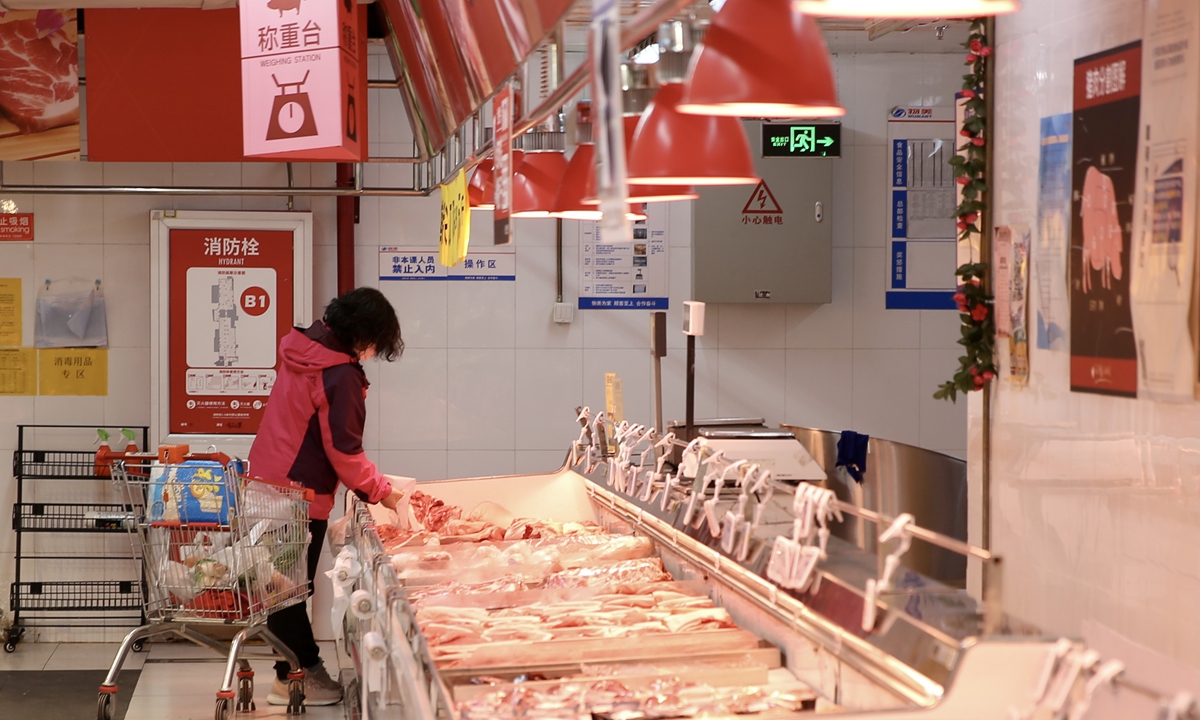 A woman browses through the fresh meat section at a supermarket in Beijing on Friday. The Ministry of Agriculture and Rural Affairs said pork prices in the second week of March have declined for seven consecutive weeks. Photo: cnsphoto

The NDRC suggested that large-scale hog producers maintain the release speed of normal live hogs to the market. The commission also required enterprises not to delay the live hog releasing date or even collude in price speculation.

Hog producers present at the meeting stated that the current price of live hog is at near historical highs, any delaying the release date or engaging in price speculation will cause abnormal fluctuation in the market and harm the long-term development of industry.

Hog producers vowed to take measures to stabilize the pork price and market supply by release more live hogs in a timely manner.

China's five major hog and pork enterprises all released their monthly report for September, which revealed that the average sale price of pork among the five enterprises all saw an over 80 percent year-on-year increase, with the highest increase stood at 100.7 percent increase.

The NDRC announced on October 9 to release the fifth round of frozen pork to the market, in a bid to stable market prices, and the fourth round was released during the National Day holidays.

The NDRC vowed to monitor the pork market and enhance market regulation, in order to prevent illicit acts including price speculation.

China's National Bureau of Statistics released the Consumer Price Index in September which rose by 2.8 percent year-on-year, hitting a new high for the year.