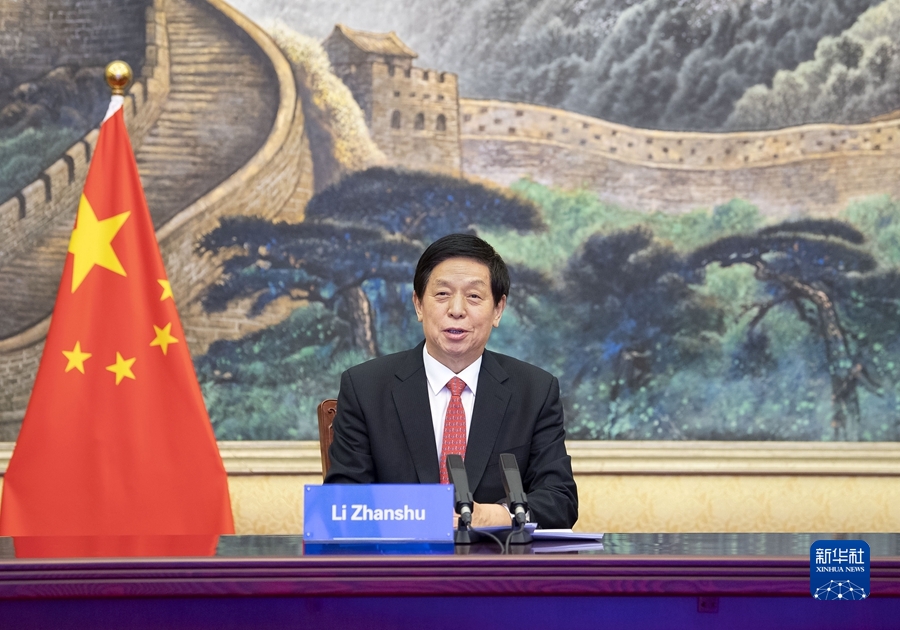 Stressing the key role of mutual political trust and support in maintaining the development of bilateral relations, Li, chairman of the National People's Congress (NPC) Standing Committee, said China will continue to implement the important consensus reached by the two heads of state, and build bilateral ties into a paradigm of friendly cooperation and common development between countries of different sizes with varied national conditions.

The two countries resumed diplomatic ties in December last year on the basis of the one-China principle, which Li said opened a new chapter in bilateral relations.

China will firmly support Nicaragua's efforts in defending its national sovereignty and dignity and exploring a development path suited to its national conditions, he said.

He said China is ready to synergize development strategies with Nicaragua, explore more drivers of cooperation, and carry out people-to-people exchanges.

The NPC is willing to enhance cooperation with Nicaragua's National Assembly, speed up the improvement of relevant laws concerning investment cooperation, and strengthen coordination on multilateral occasions, he said.

Nicaragua's National Assembly is ready to deepen friendly exchanges with the NPC to contribute to the development of bilateral relations, he added.