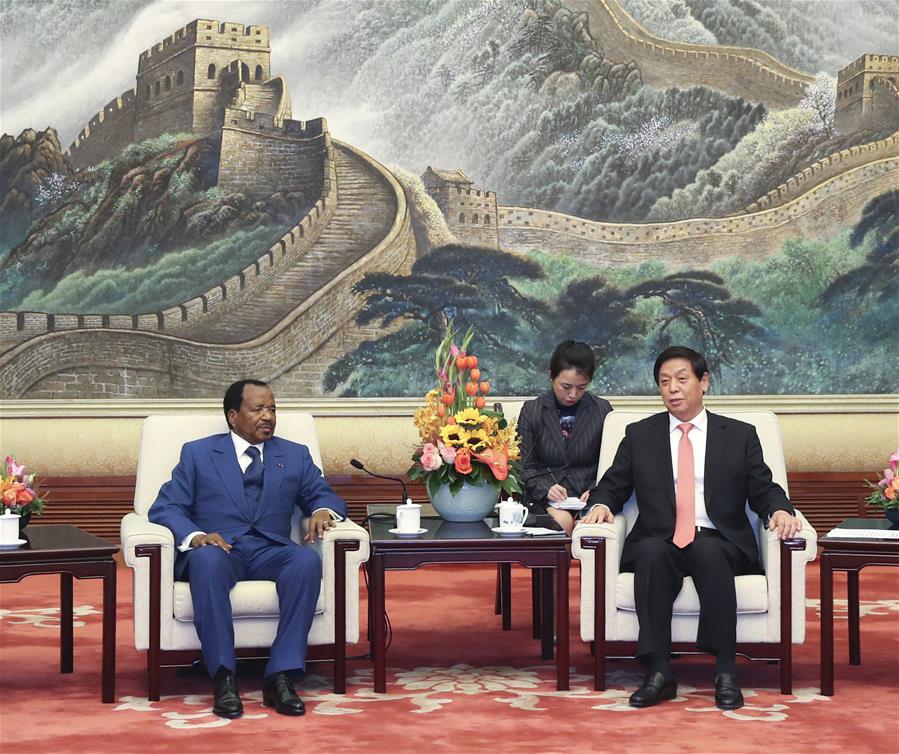 Li, chairman of the Standing Committee of the National People's Congress (NPC), said Chinese President Xi Jinping held fruitful talks with Biya on Thursday and they made top-level designs for the development of bilateral relations in the future.

Li said China's NPC is willing to have more friendly exchanges with Cameroon's parliament and he called on the two sides to implement the consensus reached by the heads of state.

Li expressed his hope that both sides would support each other on political issues, create a better cooperative environment, and have more people-to-people exchanges.

Biya congratulates Li Zhanshu on his election as chairman of the Standing Committee of the NPC.