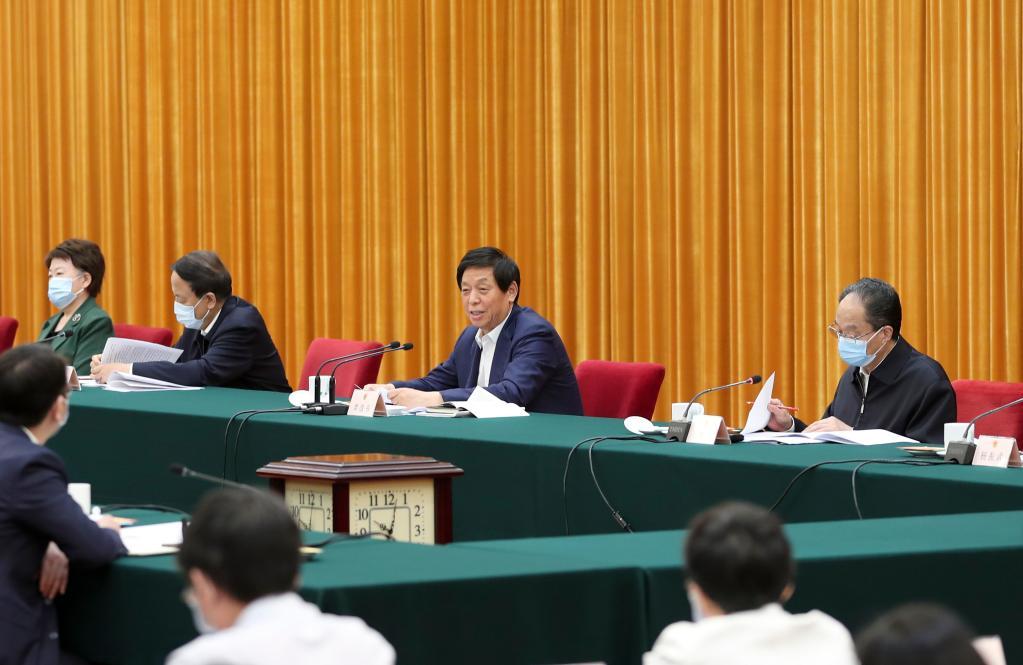 Li Zhanshu, a member of the Standing Committee of the Political Bureau of the Communist Party of China Central Committee and chairman of the National People's Congress (NPC) Standing Committee, addresses a symposium on the implementation of the rural vitalization promotion law in Beijing, capital of China, May 27, 2021. (Photo: Xinhua)

BEIJING, May 27 (Xinhua) -- China's top legislator on Thursday stressed the full implementation and popularization of the law on the promotion of rural vitalization to drive high-quality agricultural development and ensure the well-being of rural residents.

He also raised other requirements for implementing the law, such as preserving fine traditional rural culture, strengthening ecological conservation and safeguarding the legitimate rights and interests of rural residents.

People's congresses at all levels should work out supporting rules and regulations in a timely manner and use various means to interpret and popularize the law among the public, Li said.