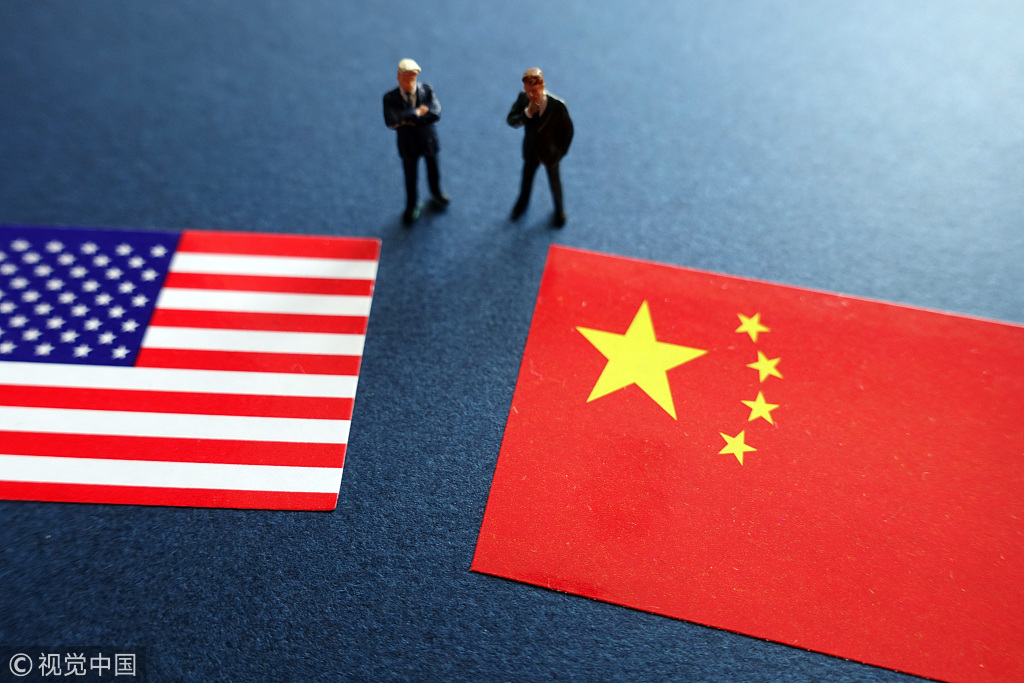 The National People's Congress, China's top legislature, on Wednesday expressed strong indignation and resolute opposition to US bill on innovation and competition, saying it tried to curb development of China.

The US Senate on Tuesday voted 68-32 to pass a sweeping package of legislation intended to boost the country's ability to compete with Chinese technology.

The bipartisan measure, titled the "United States Innovation and Competition Act of 2021 (USICA)," authorizes about $190 billion for provisions to strengthen US technology and research – and would separately approve spending about $50 billion to increase US production and research into semiconductors and telecommunications equipment.

"This legislation will enable the United States to out-innovate, out-produce and out-compete the world in the industries of the future," said Senate Majority Leader Chuck Schumer.

US President Joe Biden later said in a White House statement that he applauded the move and looked forward to signing it into law as soon as possible.

"We are in a competition to win the 21st century, and the starting gun has gone off. As other countries continue to invest in their own research and development, we cannot risk falling behind. America must maintain its position as the most innovative and productive nation on Earth," according to the statement.

China's Foreign Ministry has repeatedly voiced opposition against negative US bills that aim to counter China on multiple fronts.

"The legislation disregards facts, hypes up the so-called 'China threat' and 'malign influence,' calls for all-out strategic competition with China, and even lobbies for a decoupling and confrontation between China and the US," a Chinese Foreign Ministry spokesperson said on May 28 after the US advanced USICA to a Senate vote.

"China's objective is never about overtaking, replacing or outcompeting the US, but about constant self-improvement to become a better version of China and enable the Chinese people to lead better lives," spokesperson Zhao Lijian said.

"I'd like to reiterate that China is committed to forging a relationship with the US featuring no conflict, no confrontation, mutual respect and win-win cooperation."

The Bill must also pass the House of Representatives to be sent to the White House for President Joe Biden to sign into law.

"When all is said and done, the bill will go down as one of the most important things this chamber has done in a very long time," Senate Majority Leader Chuck Schumer said on the Senate floor ahead of the vote.

"Whoever wins the race to the technologies of the future is going to the be global economic leader – with profound consequences for foreign policy and national security as well."

Schumer and Senator Todd Young, an Indiana Republican, were joint sponsors of the base of the legislation, focused on escalating federal support for research into innovations in technology and manufacturing.

In a little more than a month since its introduction, lawmakers have debated a slew of amendments, as many sought to attach their own China-focused measures.

Schumer combined his and Young's original Endless Frontier Act – named after a seminal 1945 report that led to the creation of the National Science Foundation – with legislation from the Foreign Relations Committee, Banking Committee and the Homeland Security and Governmental Affairs Committee, among others.

It mirrors Biden's call to address a long slide in federal government spending on research and development. Last year, it amounted to 0.7 percent of gross domestic product, according to the National Science Foundation – a ratio flattered in part by the hit to GDP from the pandemic.

R&D spending peaked at 2.2 percent of GDP in 1964 and was followed by decades of breakthroughs, including the moon landing, mapping the human genome and developing the internet.

Also added to the new bill was a separate initiative that provides $52 billion in incentives and grant programs to bolster domestic semiconductor manufacturing, sought by Republican Senators John Cornyn of Texas and Tom Cotton of Arkansas and Democrats Mark Kelly of Arizona and Mark Warner of Virginia.

The move was cheered by those in the industry, following months of complaints from manufacturers that a semiconductor shortage was hampering the delivery of everything from consumer electronic devices to pickup trucks.

"Semiconductors form the nerve center of America's economy, national security, and critical infrastructure," said John Neuffer, the president and CEO of the Semiconductor Industry Association. "We look forward to working with leaders in the administration and Congress to swiftly enact needed federal investments in chip technology to help ensure more of the chips our country needs are researched, designed and manufactured on US shores."

That money, along with another $2 billion for related programs, would be available upon the law's passage.

The other spending in the bill would be subject to the appropriations process.

An amendment from Senator Ben Sasse, a Republican from Nebraska, would also authorize an additional $17.5 billion for the Defense Advanced Research Projects Agency – or Darpa – over a period of five years.

Some Republicans rejected the idea of the government directing research and industrial policy. Pennsylvania GOP Senator Pat Toomey said in a statement before voting against the bill that punishing China and relying on the US' own innovation are the preferable way to maintain US's superiority in tech industry, rather than adopting similar approaches like China.

Senate GOP leader Mitch McConnell said the legislation was an important step forward and a rare area of bipartisan compromise, but should not be the "final word" on US competition with China. "Needless to say, final passage of this legislation cannot be the Senate's final word on our competition with China," McConnell said on the Senate floor. "It certainly won't be mine."