BEIJING, Oct. 21 (Xinhua) -- The National People's Congress (NPC), China's top legislature, on Thursday said it firmly opposed a report on the so-called political relations and cooperation between the European Union and Taiwan, which was adopted by the European Parliament recently. 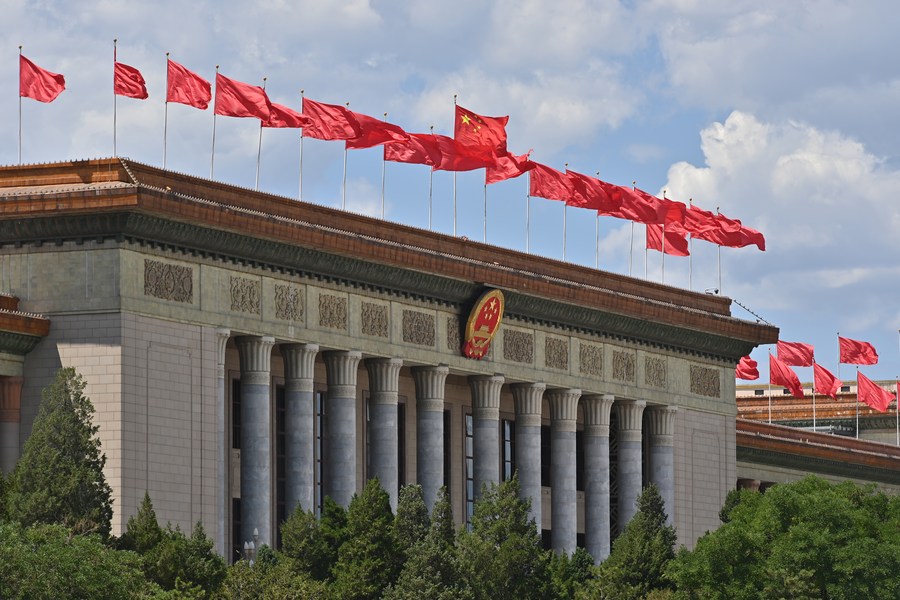 The Foreign Affairs Committee of the NPC said in a statement that the report had seriously violated the one-China principle, which is an international consensus and the political foundation for China's diplomatic relations with the EU.

There is only one China in the world and Taiwan is a part of China. China always opposes any form of official interactions between the Taiwan authority and countries that have established diplomatic ties with China, said the statement.

As one of the most important EU institutions, the European Parliament should have honored its commitment to the China-EU relations. The adoption of the report is an erroneous and dangerous move concerning Taiwan-related issues, and will seriously damage the mutual political trust and the foundation for mutual exchanges between China and the EU, the statement said.

No one should underestimate the strong resolution, determination and capability of the Chinese government and people to safeguard national sovereignty and territorial integrity, the statement said.

"We strongly urge the European Parliament to understand the high sensitivity of the Taiwan issue, abide by the one-China principle, immediately correct its erroneous words and deeds, and play an active and constructive role in promoting the healthy development of China-EU relations," it said.