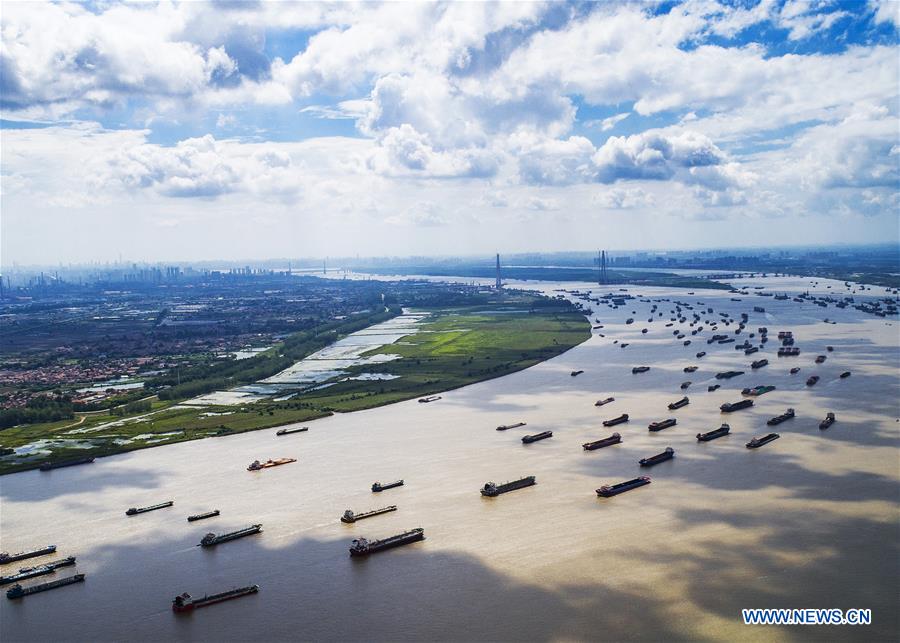 China’s top legislative body is considering a 10-year ban on commercial fishing along the Yangtze River.

The first reading of the draft law was conducted at the 15th session of the Standing Committee of the 13th National People's Congress (NPC) on Monday, according to the NPC website.

Chinese environmental experts have long advocated such a law as of great necessity, while acknowledging the need to respect the interests of the fishermen whose lives would be affected by such a ban.

Gao Hucheng, a member of the NPC Environment and Resources Committee, said the law provides comprehensive protection of the ecology of the Yangtze River basin, addressing specific problems in particular areas.

The law is designed to support the development of the Yangtze River economic belt in a green and high-quality fashion, according to media reports.

The river accounts for a third of the country's water resources and supplies 60 percent of hydroelectric power in China. It is also home to abundant natural resources including wildlife and minerals.

The river has been suffering from a "sickness," as its water sources, including Dongting Lake in Central China's Hunan Province and Poyang Lake in East China's Jiangxi Province, China's largest freshwater lake, have repeatedly dried up, the Science and Technology Daily reported.

Some tributaries contain "no fish" according to a biological integrity index, the report said.

Media reports also indicated that  polluting industries have moved to the upper and middle reaches of the river, where illegal dumping of hazardous waste is frequent and polluted runoff seeping into the river has intensified.

Article 2 of the draft law requires all county-level administrations along the river to abide by the law.

Article 34 states that strict management of fishing in key waters along the Yangtze River basin should be implemented and calls for a total ban on commercial fishing in areas that support wildlife habitat.

Once the draft law is enacted, commercial fishing in the main stream of the river and its key waters will be completely forbidden within a decade.

Those who violate the ban could face a fine up to 500,000 yuan ($71,300) and in severe cases, violators should bear all the cost of repairing the damaged ecology.

Dai Xingyi, a professor of environmental science and engineering at the Shanghai-based Fudan University, told the Global Times on Tuesday that there are around 800,000 fishermen along the river, and once the strict fishing ban is effective, governments at all levels should come up with measures to address their livelihood problems, such as professional training.

Awareness and education in traditional fishing villages are relatively weak and should also be improved along with the implementation of the law, Dai noted.