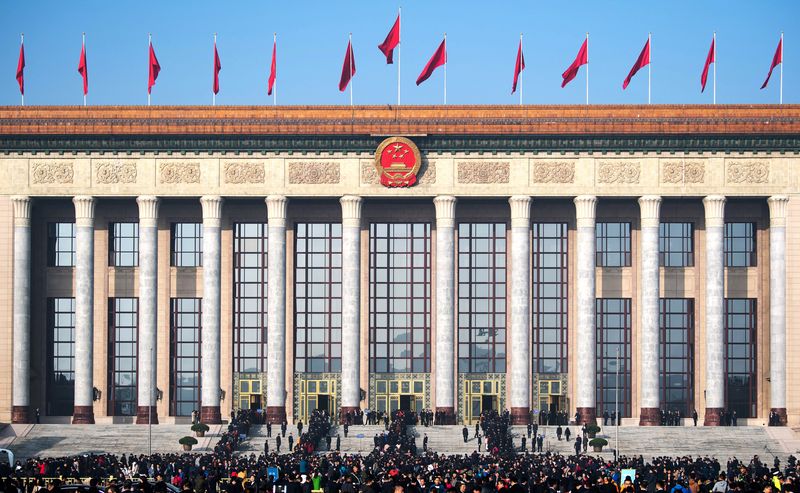 Deputies to the 13th National People's Congress (NPC) queue to enter the Great Hall of the People for the opening meeting of the second session of the 13th NPC in Beijing, March 5, 2019. (Photo: Xinhua)

Bills on the agenda include draft laws on urban maintenance and construction tax and deed tax, and draft revisions to the Law on the Prevention of Juvenile Delinquency and the Law on Animal Epidemic Prevention.

During the four-day session, lawmakers will also deliberate draft amendments to the Copyright Law, the Organic Law of the NPC, the Rules of Procedure for the NPC, the National Flag Law and the National Emblem Law, among others.