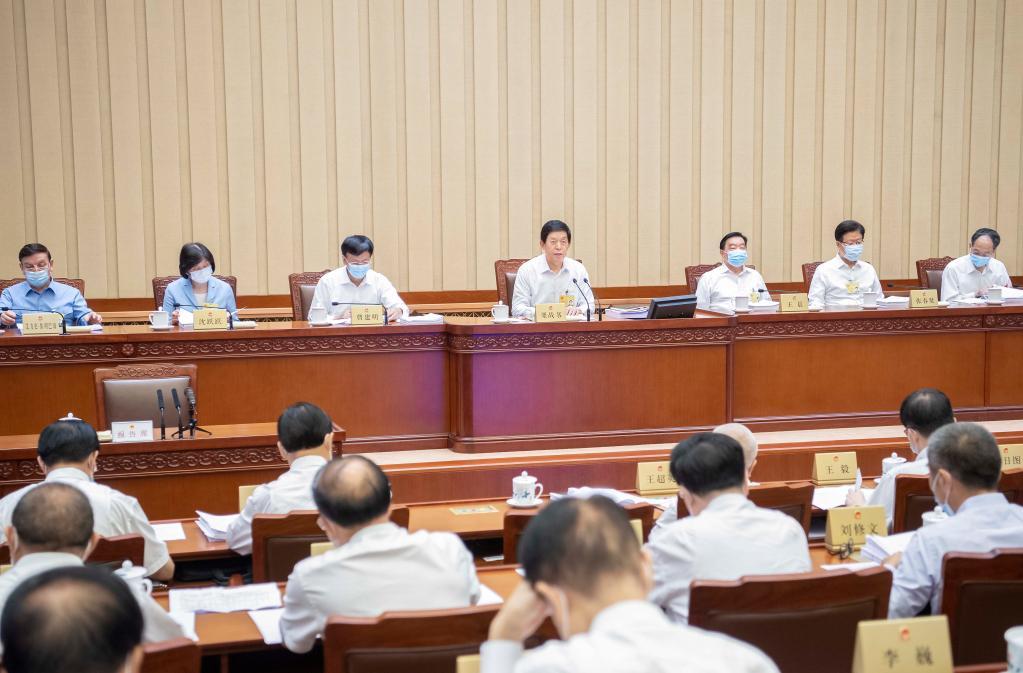 In reports submitted to the session, the NPC Constitution and Law Committee said the five drafts are mature enough and suggested them be passed at the session.

The NPC Constitution and Law Committee also submitted to the session draft laws on combating organized crime, on family education and on land border.

The three drafts all returned to the legislature for a second reading.

Lawmakers deliberated for the first time draft revisions to the Law on Scientific and Technological Progress and the Law on the Prevention and Control of Environmental Noise Pollution, and draft amendments to the Seed Law and the Population and Family Planning Law.

Lawmakers also deliberated a draft decision on authorizing the Supreme People's Court to launch a pilot reform of the trial-level system, among other bills.