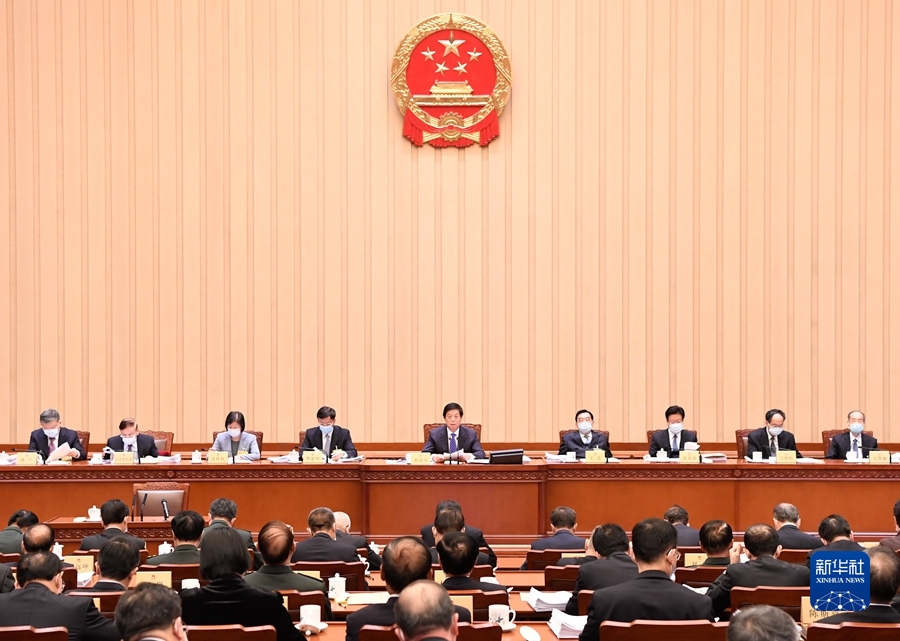 In reports submitted to the session, the NPC Constitution and Law Committee said the three drafts are mature enough and suggested them be passed at the session.

The NPC Constitution and Law Committee also submitted to the session draft laws on wetlands protection and futures. Both of the drafts returned to the legislature for a second reading.

The session reviewed a draft decision on authorizing the State Council to temporarily adjust the application of certain provisions of the Metrology Law in the pilot cities of business environment innovation, and a draft decision to temporarily adjust the application of relevant statutory provisions during the reform of the national defense mobilization system.

Lawmakers also deliberated legislative proposals on ratifying an extradition treaty between China and Chile and ratifying the Marrakesh Treaty to Facilitate Access to Published Works for Persons who Are Blind, Visually Impaired, or Otherwise Print Disabled, among other bills.