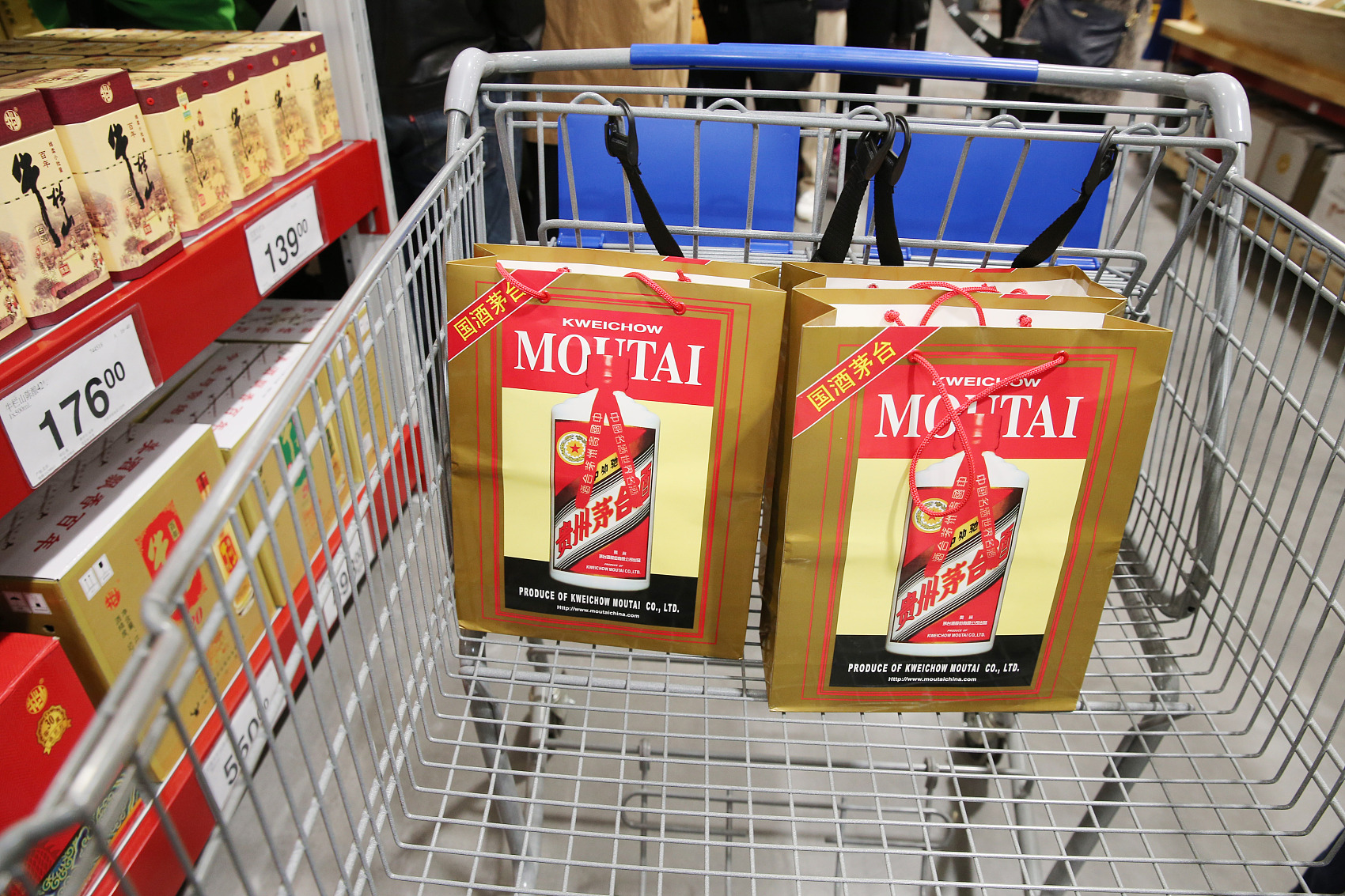 The company's net profit attributable to its equity holders was expected to reach 34 billion yuan (about 4.9 billion U.S. dollars) last year, according to its financial report filed to the Shanghai Stock Exchange.

Over the same period, Moutai's revenue was around 75 billion yuan in 2018, up about 23 percent year on year, and the firm is looking forward to a 14-percent increase in 2019.

The Guizhou-based company said earlier it plans to sell about 31,000 tonnes of product this year, up by 3,000 tonnes from last year.

Moutai is a sorghum-based spirit produced by Kweichow Moutai and is China's top brand of baijiu (white alcohol). The liquor, often served on official occasions and at state banquets, is considered a luxury item and has long been a popular gift.

Despite its high price, domestic demand for Moutai has always exceeded supply.