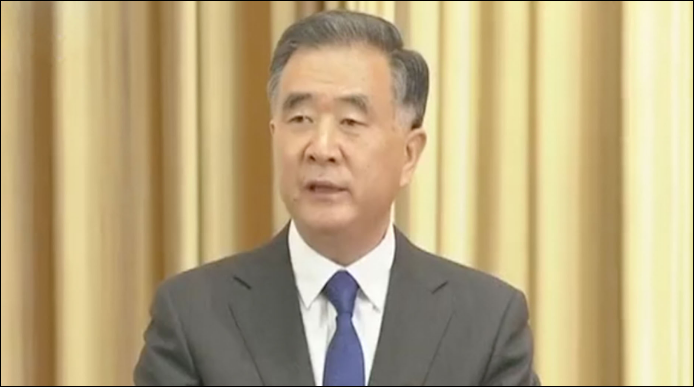 ‍China's top political advisor Wang Yang was elected on Friday to be the president of the China Council for the Promotion of Peaceful National Reunification.

The council's board of directors elected Wang as the president of the council before a ceremony was held commemorating its 30th founding anniversary.

During the ceremony, Wang commended the council for its work in the past three decades and spoke of the need to gather the common will for patriotism, resolutely oppose separatism, and unite all efforts to create a mighty force promoting national reunification.

The basis and conditions for advancing peaceful national reunification are better now than at any time in the past, and Chinese at home and abroad are now more confident and determined than ever in this endeavor, Wang said.