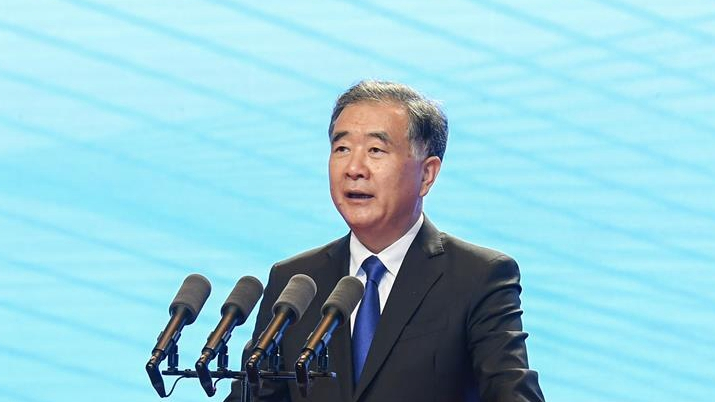 Wang, a member of the Standing Committee of the Political Bureau of the Communist Party of China (CPC) Central Committee and chairman of the National Committee of the Chinese People's Political Consultative Conference, made the remarks while attending a symposium with heads of the central committees of non-Communist parties and the All-China Federation of Industry and Commerce (ACFIC).

The symposium was convened by the United Front Work Department of the CPC Central Committee to discuss research results on strengthening national strategic capacity in science and technology. The research was conducted by relevant non-Communist parties and organizations.

Wang called on the non-Communist parties and organizations to give full play to their advantages in talent and intelligence and take an active part in implementing major national scientific projects.

The heads of the central committees of the participant non-Communist parties and the ACFIC pointed out the problems and obstacles in enhancing China's strategic scientific and technological strengths. They also raised suggestions on improving related legislation, accelerating public health system reforms, and supporting enterprises in leading scientific innovation, among others.