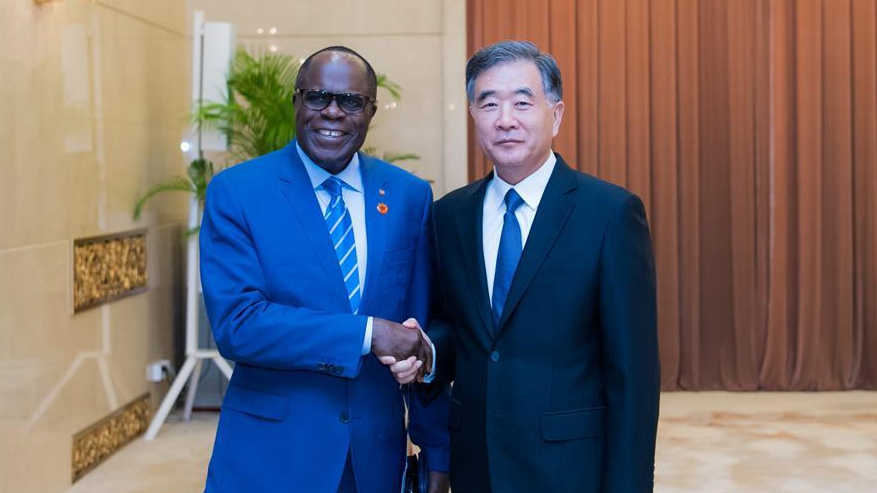 China's top political adviser Wang Yang on Wednesday called on China and the Democratic Republic of Congo (DRC) to implement the consensus of the two heads of state and the achievements of the FOCAC Beijing Summit for a closer bilateral relationship.

Wang, chairman of the National Committee of the Chinese People's Political Consultative Conference (CPPCC), made the remarks during a meeting with Mokolo Wa Mpombo, DRC's first deputy speaker of the Senate.

Wang thanked Mokolo for the long-term contributions he has made to the friendship between the two countries and said the CPPCC National Committee stands ready to work with the Senate of the DRC to facilitate the comprehensive development of bilateral friendship for the benefit of the two peoples.

Mokolo highly commended the friendly bilateral relations that are based on mutual benefit and win-win cooperation. He said the DRC is committed to promoting all-around exchanges and cooperation with China in various fields and cementing the continuous development of friendship between the two countries.