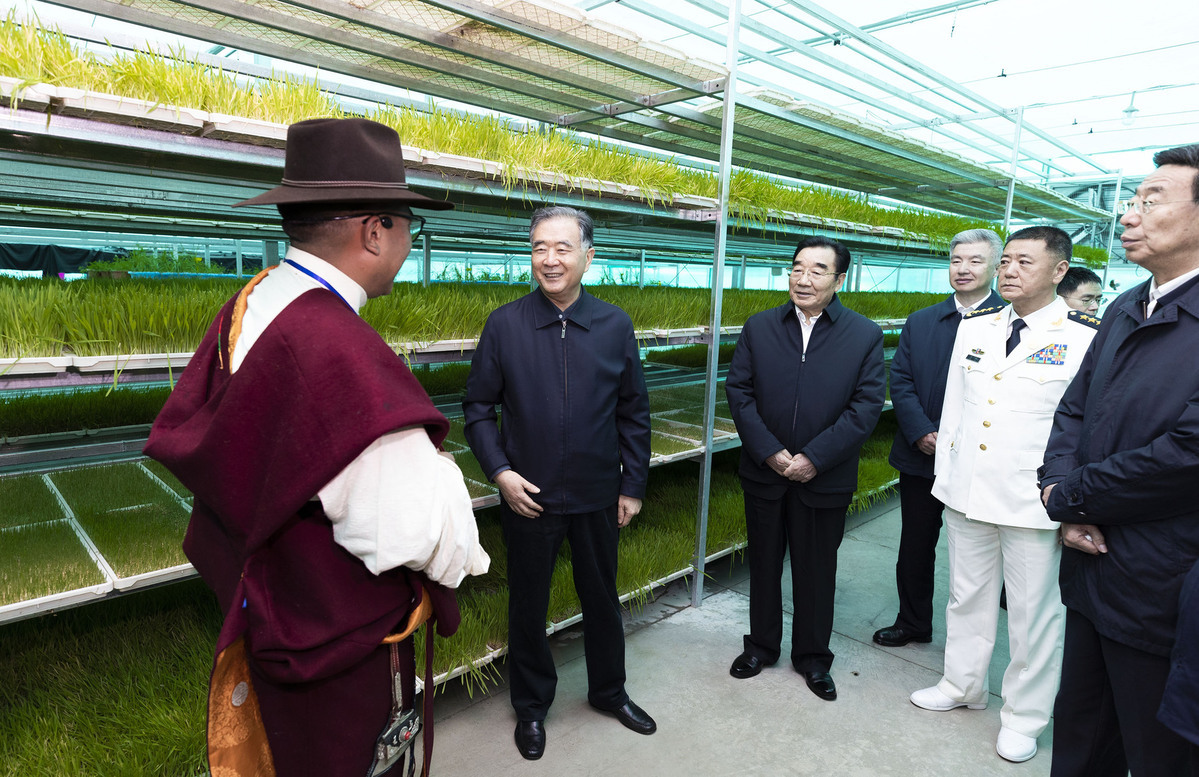 Wang Yang, a member of the Standing Committee of the Political Bureau of the Communist Party of China Central Committee and chairman of the National Committee of the Chinese People's Political Consultative Conference, who is leading a central delegation to Tibet, visits an ecological animal husbandry industry demonstration park and commends its efforts to help local people increase incomes in Nagqu, southwest China's Tibet Autonomous Region. Wang Yang, leading a division of the central delegation, visited the city of Nagqu on Aug. 20, 2021. (Photo: Xinhua)

NAGQU, Tibet - China's top political advisor Wang Yang on Friday visited the city of Nagqu in southwest China's Tibet autonomous region, on the occasion of the celebration for the 70th anniversary of Tibet's peaceful liberation.

Wang met with members of local Party leadership groups and representatives from various ethnic groups and from all walks of life.

He presented a congratulatory plaque, on which Xi Jinping, general secretary of the CPC Central Committee, wrote inscriptions "building a beautiful and happy Tibet and together fulfilling the great dream of national rejuvenation" to the city.

Wang also extended warm greetings, on behalf of the CPC Central Committee with Xi at the core, to local people.

Wang recognized the tremendous changes taken place in Nagqu during the past 70 years since the peaceful liberation of Tibet, calling for more efforts to fully implement the CPC proposed guidelines for governing Tibet in the new era.

He also inspected the building of primary-level Party organizations in a local village and paid a visit to a local family.

In a school, Wang learned about educational assistance work to Tibet, while urging improving local education to foster talent.

Giving credit to medical workers involved in medical assistance to Tibet in a hospital of Nagqu, Wang stressed the importance to bring health and well-being to local people.

During the visit, Wang was also briefed on tree planting on plateau and announced the opening of an expressway linking Nagqu and Yangbajain.

Two other divisions of the central delegation -- both led by senior officials -- visited other areas of Tibet on Friday.