BEIJING, Feb. 25 (Xinhua) -- The Supreme People's Procuratorate (SPP) has rolled out measures to accelerate replies to petition letters from the public, the Procuratorate Daily reported Monday. 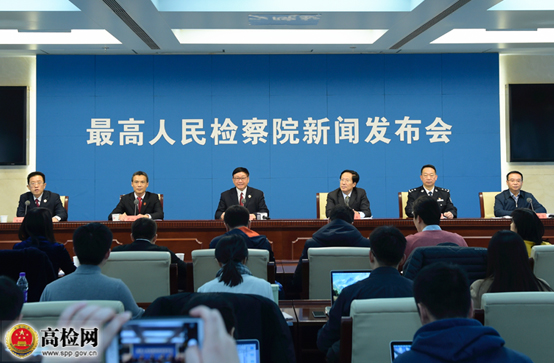 The SPP has established a department dedicated to handling public grievances and transferred 20 prosecutors from 10 provincial procuratorates to increase manpower, it reported.

The SPP answered a total of 10,649 petition letters either by text messages or written replies between July and December 2018, at an average of about 1,770 per month, Xu Xiangchun, head of the department specializing in public complaint handling under the SPP, was quoted as saying.

Zhang Jun, procurator-general of the SPP, required that each letter received should be answered within one week and the handling completed within three months at a national meeting attended by chief procurators across the country in January.

"Quick response to public letters is the requirement of adherence to the people-centered development thought and also a vital measure to defuse social tensions and foster a good image of procuratorial organs," said Xu.

As efforts are being made to speed up response to public complaints, a decline was seen in the number of petition letters received by the SPP, the Procuratorate Daily reported. "The number of letters received each month has dropped to the current 13,000 from previous 15,000."