China's top respiratory disease specialist Zhong Nanshan has been selected as a member of a panel appointed by the World Health Organization (WHO) to review the COVID-19 response. This was announced by the panel's co-chairs, Liberia's trailblazing former President Ellen Johnson Sirleaf and former New Zealand Prime Minister Helen Clark on Thursday. 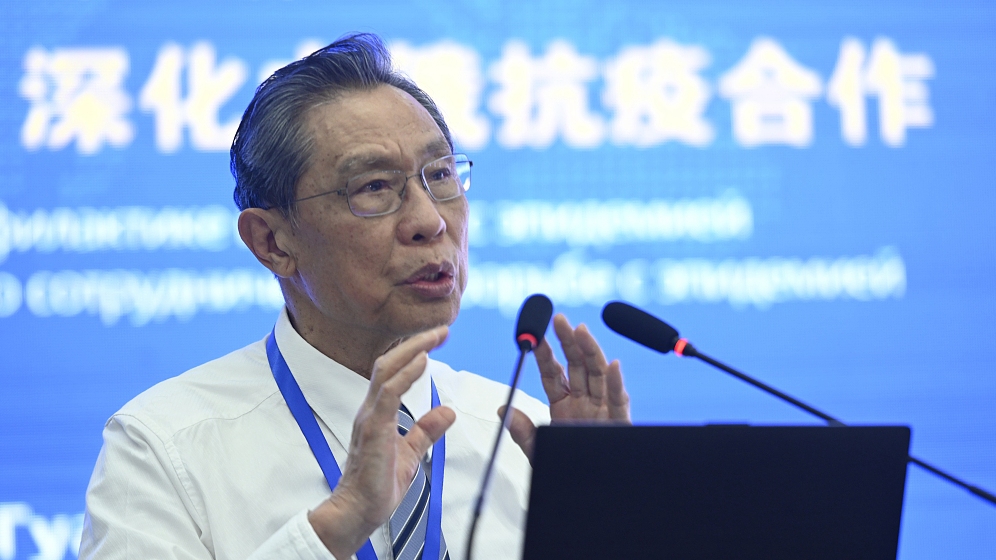 Eleven members of the panel also include Dr. Joanne Liu, who was an outspoken WHO critic while leading Medecins Sans Frontieres (MSF), during the 2014-2016 Ebola outbreaks in West Africa, and David Miliband, a former British foreign secretary who is CEO of the International Rescue Committee (IRC).

Clark said the panel members were chosen independently and WHO did not attempt to influence their choices.

"We look forward to a period of intense work together at a key moment in history. We must honor the more than 25.6 million people known to have contracted the disease and the 850,000 and counting who have died from COVID-19," Sirleaf told the media.

The panel scheduled its first meeting for September 17 and plans to meet every six weeks between then and April. It expects to brief WHO on the group's initial progress in November before presenting a final report next year.

China's Foreign Ministry spokesperson Hua Chunying on Friday responded to a query about the selection of Zhong Nanshan, an academician of the Chinese Academy of Engineering, as a member of a panel.

She said Zhong is a prestigious expert with a high reputation in the field of infectious disease prevention and control in China. "We believe he will provide assistance and make positive contributions to the panel with his professionalism and experience."

Hua also noted at a daily press briefing that as COVID-19 is still spreading worldwide, fighting the pandemic remains the first priority for all countries. "This requires coordinated efforts at global, regional and national levels, and giving full play to the central coordinating role of the WHO in response efforts," Hua added.