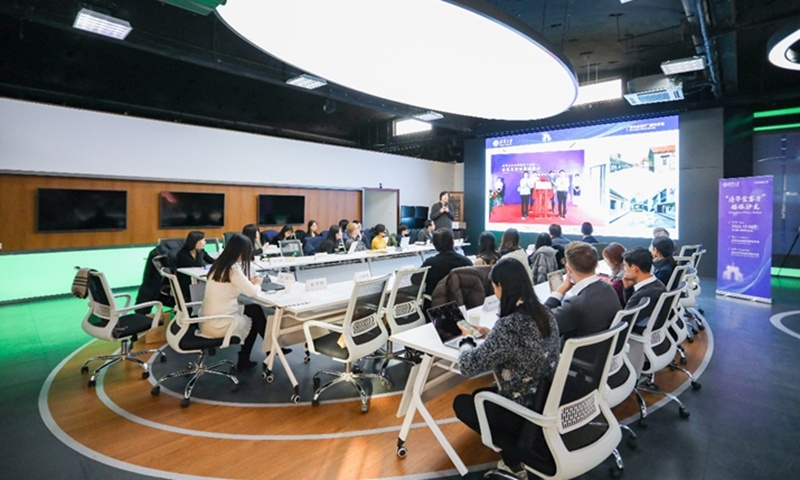 China's top universities are pioneering model workstations in villages to help with poverty alleviation and rural revitalization by connecting experts, college students, and other resources with local governments and people, according to a Tsinghua press briefing held at Tsinghua University on Tuesday.

The proposal to build rural revitalization workstations was first put forward in 2017, said Zhang Hong, who initiated the program and is a professor of the School of Architecture of Tsinghua University in Beijing.

"There are a large number of idle houses in the countryside, which provide space for the installation of workstations," said Zhang.

Teachers and students of the School of Architecture design and restore uninhabited houses in rural areas and change them into workstations with the financial help of local governments, the Global Times learned.

"With the guidance and suggestions from experts in Tsinghua University, we encourage students from various majors to cultivate more professional farmers and talents in rural areas to help with poverty alleviation," said Cheng Zhengyu, a student leader of the program.

"The workstation is not only a public space for villagers to meet but also a platform connecting experts, students, retired teachers, clubs, alumni companies and designers and architects," said Zhang.

"After a workstation is completed, we organize villagers to watch movies and teach children in the village to draw and read," said Cheng to the Global Times.

At present, the program has organized 121 teams, from more than 60 colleges and universities. Workstations are planned to be built in 19 provinces, the Global Times learned.

"At present, we have completed the design of 51 workstations, and 10 workstations have been put into use or will be used soon," said Zhang.

"My area of expertise is relatively limited, but the workstations will allow more people to get connected and participate in China's poverty alleviation efforts in rural areas, said Cheng.