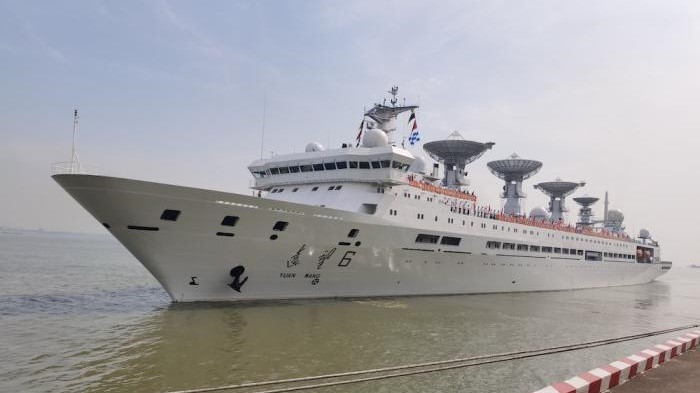 China's third-generation spacecraft tracking ship Yuanwang-6 has embarked on a voyage to the Pacific Ocean for multiple tracking and control missions.

The vessel departed from a port in east China's Jiangsu Province at around 9 a.m. BJT Wednesday.

According to international practice, ocean-going survey ships should be overhauled every 10 years. Commissioned in April 2008, the ship underwent a series of maintenance, repair, and comprehensive maritime calibration after it completed the missions of the country's Chang'e-4 relay satellite in July 2018.

It has been 22 months since the ship's last trip to the Pacific Ocean. Crew members have done the preparation work, including key spare parts testing and technical status verification. Several emergency response teams have been set up and over 30 response measures formulated to improve the emergency response capacity.

"This voyage will be a true test of the ship's newly installed equipment and improvement in its measuring and controlling capacities," said Yang Bianjiao, captain of Yuanwang-6 tracking ship. "It will lay a foundation for the subsequent missions, including Mars exploration and Chang'e-5 lunar probe."