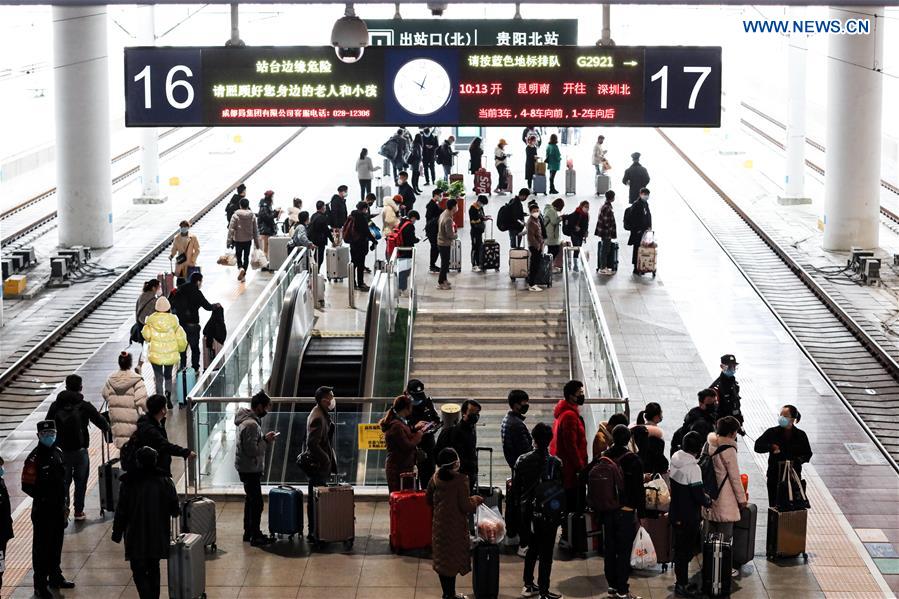 The country's passenger transport and logistics restored steadily in the second week of this month, with increased activities seen in railway, ports and express delivery, said Wu Chungeng, an official with the Ministry of Transport (MOT).

Traffic flow in the country's highway were on the rise as the Spring Festival travel rush drew to an end on Feb. 18, with an about 10-percent daily growth rate registered for several days.

Excluding the hardest-hit Hubei Province and other nine provinces suspending work due to local climate, over 15 percent of major roads and waterways construction projects worth over 1 billion yuan (about 142.5 million U.S. dollars) had resumed work as of Feb. 17, Wu said.

Despite the heavy blow dealt by the outbreak, about 30 percent of road and waterway transport service providers went back to normal operation, a recent survey conducted by the MOT showed.

The ministry has taken a raft of measures to facilitate the transport of anti-virus and materials and people's daily necessities, especially rice and frozen meet, Wu added.

In a meeting held Friday, the country stressed the significance of the transport industry in work and production resumption, saying that the sector concerned the flow of people and the timely delivery of anti-virus materials.