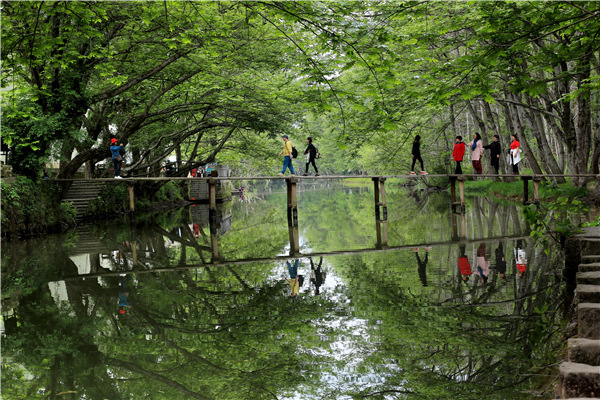 Visitors walk on a bridge at a wetland park in Huangshan, Anhui province, on April 10. [Photo by Shi Guangde/For China Daily]

Among that, travel services contributed 516.57 billion yuan, garnering a profit of nearly 23.33 billion yuan, according to a report on domestic travel agencies released by the ministry.

Inbound tourism, for its part, saw about 18.30 million visits from overseas in 2019, generating a revenue of 26.92 billion yuan.

According to the report, China had a total of 38,943 travel agencies registered by the end of 2019, an increase of 8.17 percent year-on-year.