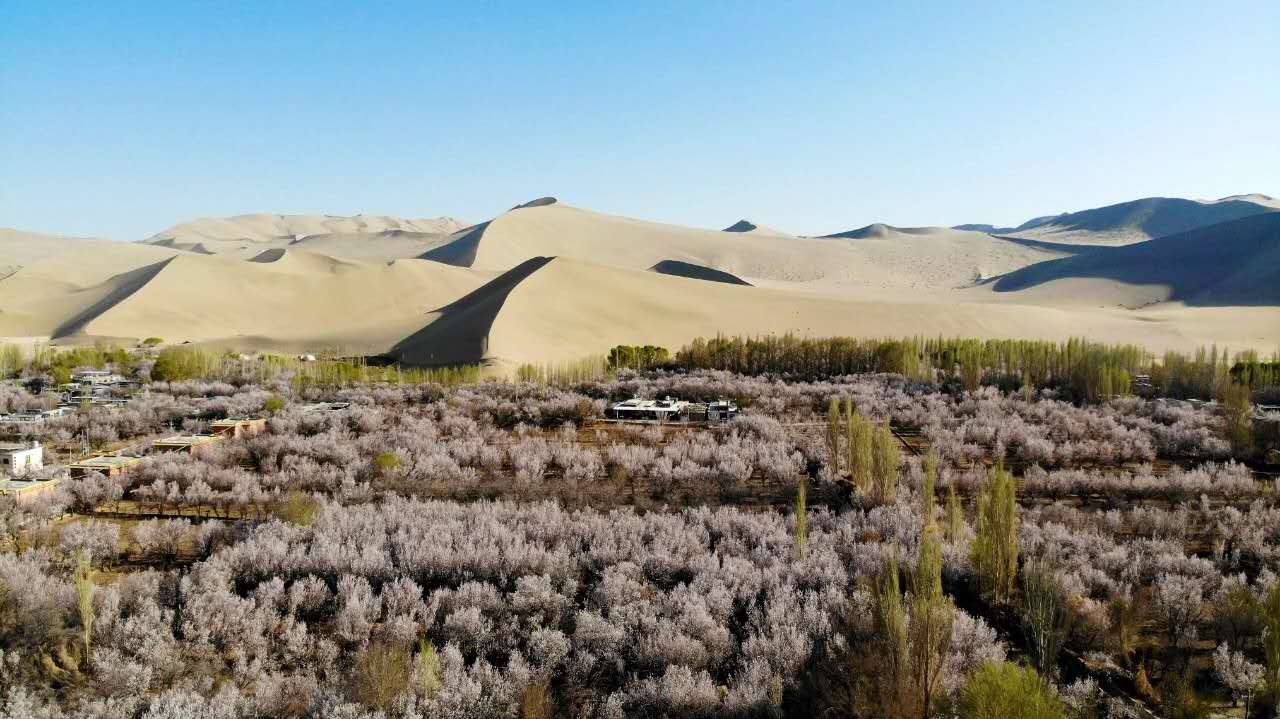 How to plant a desert poplar? The answer if you can follow this plan for 321 days.

The above equation was written on Zhang Xiaofan’s whiteboard to remind her of the ambition of planting desert poplar in Ant Forest, a virtual tree-planting game embedded in Alipay by Chinese fintech giant Ant Financial.

“They are not just trees growing in the app, but in real world, too,” Zhang told People’s Daily Overseas Social Media.

Users’ greener lifestyle, such as walking, taking public transportation, and no disposal tableware with delivery food, will be converted into virtual green energy, which users can use to adopt trees listed in the game’s tree library, including scots pines, saxauls, and desert poplar.

The virtual green energy collected and produced by 500 million app users eventually nurtures real trees that have been planted across China’s northwest deserts and east wetlands in a total area of 1.4 million mu (933 km²). Zhang, for example, has planted five real saxuals in Kumtag Desert, a desert in Dunhuang, northwest China’s Gansu Province, in the past two years.

“Anti-desertification is a lifetime mission in Dunhuang, near China’s third largest desert, which is also home to the world heritage site, Mogao Grottoes. We are seeking a more effective way to make grass panes which, will form a sand fence to protect the land from erosion,” said Eric Jing, chairman and CEO of Ant Financial.

Meanwhile, the game has changed some people’s lifestyle, making them greener and healthier.

Students from east China’s Suzhou institute of construction and communication in eastern China’s Jiangsu province, for example, have planted 101 scots pines via the game by March 12. According to a teacher from the school, the students now exercise more to create more green energy and are even no longer late for classes since they get up early to meet the starting time of 7 am every day to “steal” others energy in the game.

It is also beneficial to achieve China’s targeted poverty alleviation goal, which aims to eliminate poverty across the nation by 2030.

“Preventing desertification is a long-term task. Environment in arid areas is inherently vulnerable as any human activities may wreak havoc on the overall ecosystem, including planting trees. So, it is significant to gauge where to plant trees and what trees to plant,” said Xu Xianying, a researcher who studies ways to prevent desertification at an institute in Gansu province.

The initiative has also caught international attention. Ant Forest, as the only philanthropic project from China, was invited to the second Climate Sustainability Working Group (CSWG) meeting of G20 2019 in Nagano, Japan, this April.

“China leads the world’s greening efforts with a double increase in forest area and forest stock volume in the past 20 years, according to the satellite data that NASA recently revealed. As the planting speed goes on, users’ sporadic efforts will make a huge difference to the planet,” Kyle Obermann, an American conservationist and wildlife photographer, told People’s Daily Overseas Social Media after he planted eight saxauls in Kumtag Desert on Earth Day.