China's UN ambassador: Tackling the outbreak the most important, urgent task for China

New York (People's Daily ) - “Tackling the outbreak is the most important and urgent task for the Chinese government,” said a Chinese ambassador on Thursday. 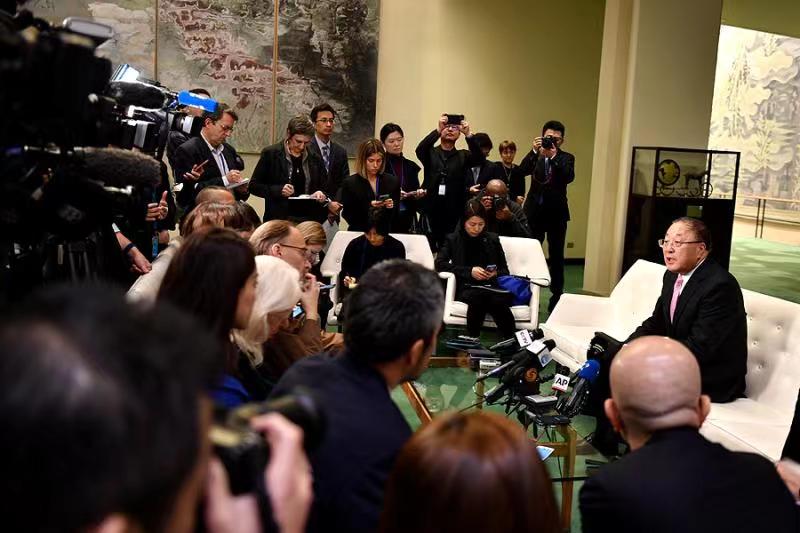 Ambassador Zhang Jun, permanent representative of China to the UN, made the remarks at a press conference at the UN Headquarters briefing on the decisive and strong measures taken by China to combat novel coronavirus.

Zhang said that the outbreak has posed a serious threat to the lives and health security of the Chinese people. All of China is in action, sparing no effort to save lives and curb the spread of the virus. China has demonstrated its speed, strength and effectiveness and won praise from the international community.

Zhang said that we have reason to be confident in defeating the epidemic. The situation remains challenging. But we should also see that the measures taken by China are showing positive effects. And with strict measures controlling the movement of people, the momentum of the spread of virus is being curbed within and outside China.

Regarding the WHO's declaration of the outbreak as a public health emergency of international concern, Zhang said that Director-General Tedros Adhanom Ghebreyesus clearly stated that the main reason for this declaration is not because of what is happening in China, but about protecting countries with weaker health systems and which are ill-prepared to deal with potential spread. Under current circumstances, solidarity is what the world needs. The epidemic is occurring mainly in China, with limited spread to other countries. China has made enormous contributions to the world with its concrete actions. All countries should adopt a responsible attitude, work together to combat the virus, and avoid overreaction that may result in more negative spillover effects.