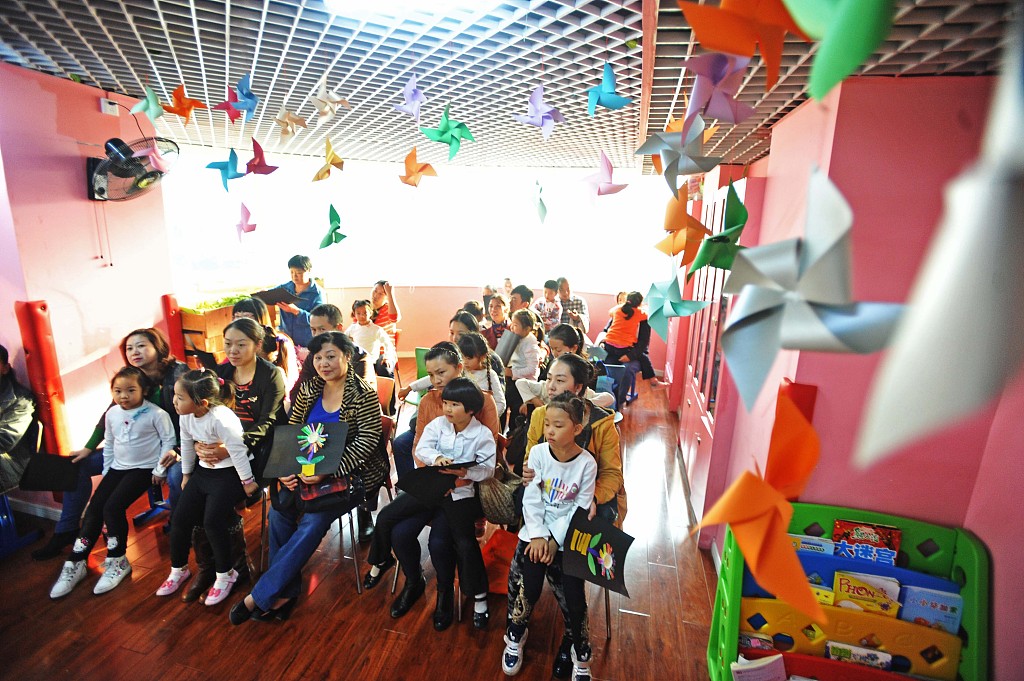 An openning day activity is held in a private kindergarten on Oct. 25, 2013, in Wuhan, Central China's Hebei Province. (Photo: VCG)

BEIJING, Feb. 26 (Xinhua) -- Public and private kindergartens in China's urban communities should be given equal attention in their development, according to a senior official with the Ministry of Education.

While public kindergartens are being promoted with great efforts across the country, more private kindergartens should be built into non-profit ones, said Zheng Fuzhi, vice minister of education, at a meeting held by five departments including the Ministry of Education, the National Development and Reform Commission, and the Ministry of Civil Affairs.

Zheng urged rectification of kindergartens in urban communities to make them more accessible and affordable.

Existing community-affiliated private kindergartens should be handed over to local education authorities and be turned into public kindergartens or private ones that are non-profit, according to a notice issued by the State Council in January.