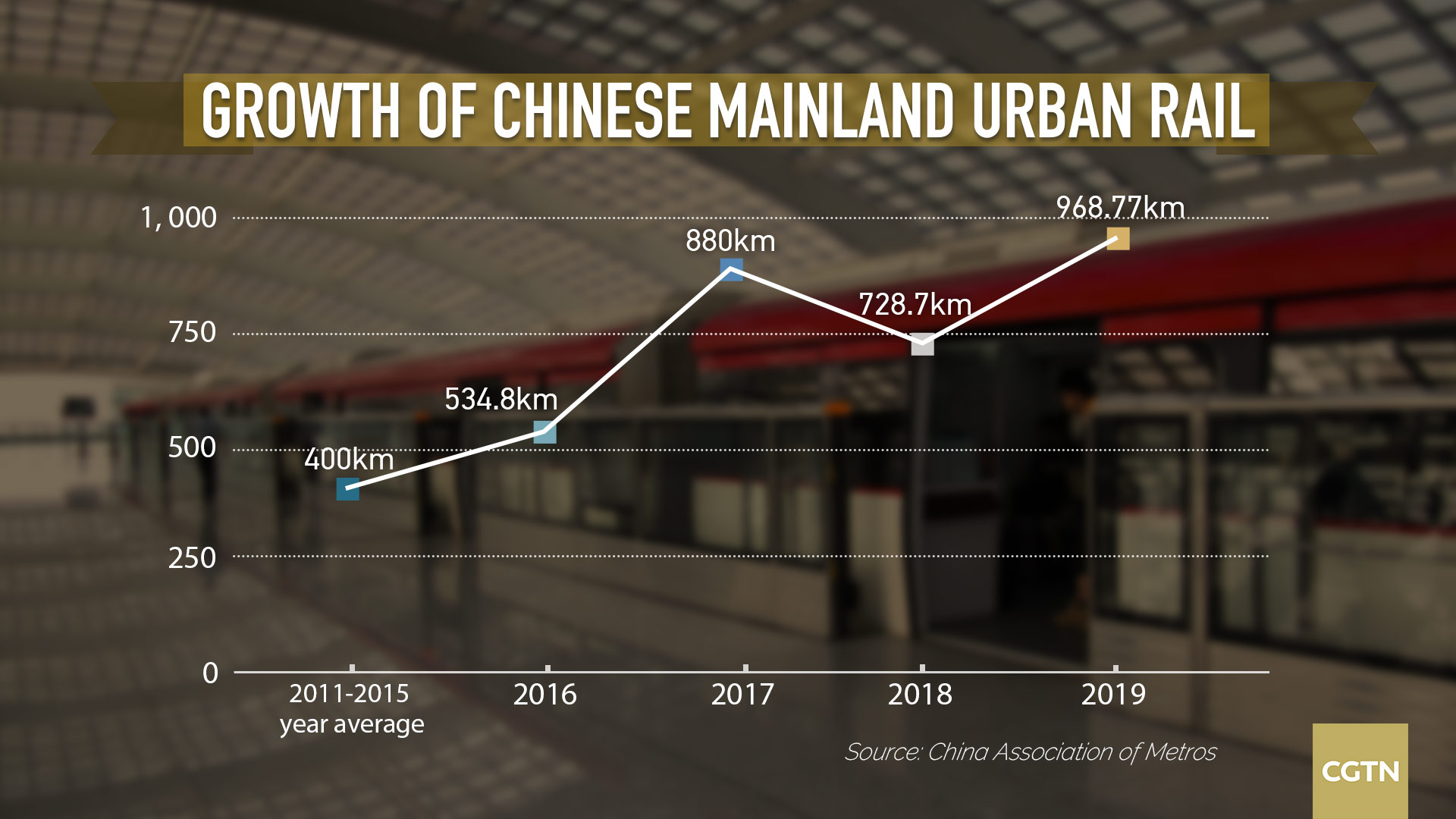 Cities on the Chinese mainland built a record 968.77 km of urban railway tracks in 2019, according to a report from the China Association of Metros.

At the end of last year, 40 cities had urban rail transit systems in operation, with a total length of 6,730.27 km.

In 2019, the growth of nearly one thousand kilometers greatly exceeded the annual increment of the last decade.

As of December 31 2019, Shanghai, Beijing, Guangzhou, Chengdu and Nanjing were the top five cities in terms of the length of urban rail transit, according to the report.