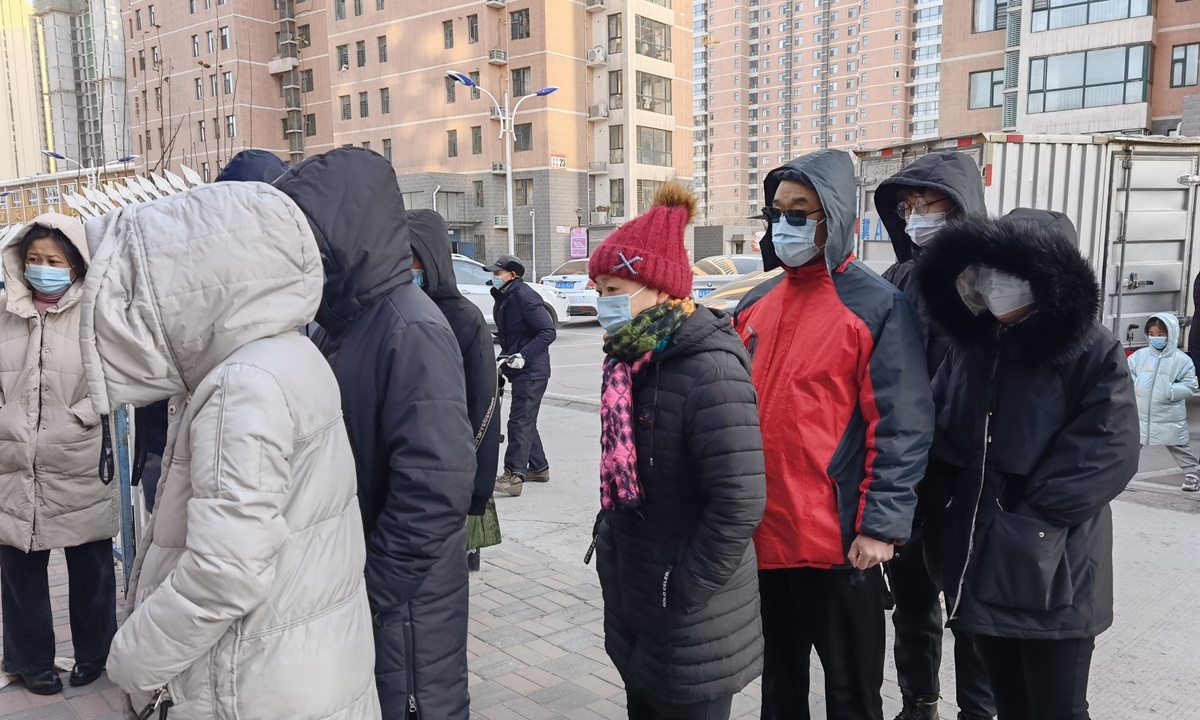 Experts warned of potential loopholes among China's villages in the country's COVID-19 prevention efforts due to lack of awareness and measures for detecting COVID-19 virus in clinics, amid surging cases in North China's Hebei Province.

Epidemiological investigations made public by local health authorities in Shijiazhuang, the capital city of Hebei, showed that many COVID-19 patients had gone to local clinics, which do not have facilities to conduct nucleic acid tests, before they went to hospitals for proper treatment after showing symptoms.

Among them, a severe case who was confirmed on Monday had been to a clinic in Xiaoguozhuang village, the epicenter of the fresh outbreak which started on December 26, and received an infusion for four days. The patient was not found to be positive for the novel coronavirus until he had gone to hospital on January 3.

Shijiazhuang's Gaocheng district, where Xiaoguozhuang is located, raised its COVID-19 emergency response level to high-risk, becoming the only high-risk area in China at present.

The epidemic in Shijiazhuang shows that villages are vulnerable when it comes to implementing anti-epidemic prevention and control measures, Lu Hongzhou, co-director of the Shanghai Public Health Clinical Center at Fudan University, told the Global Times on Thursday..

In rural areas, when clinics discovered patients with fever symptoms, they were unable to perform nucleic acid tests in a timely manner, probably due to the lack of knowledge or training, Lu said, calling on clinics in villages to strengthen their daily monitoring and testing ability for COVID-19 patients.

Unlike previous outbreaks which occurred in big cities like Wuhan or Beijing, the outbreak in Hebei started in a village. Some naturally thought urban areas would be more susceptible to outbreaks due to the large population flow, and that is also the reason behind the serious outbreak in Xiaoguozhuang, observers noted.

Even after the virus entered their lives without their knowing, villagers continued taking part in social gatherings as usual. Epidemiological investigations found that many infections in the village were related to funerals, weddings and social gatherings, according to local authorities.

Global Times learned that it is normal for villagers, especially the elderly, who have fevers or coughs to go to clinics for medical treatment, where procedures don't take as long as they do in hospitals.

A citizen in Xingtai, Hebei Province surnamed Fan said that she had been to a small clinic to treat a cough, but her symptoms did not get any better after seven days of being put on a drip. The clinic did not give her a nucleic acid test or ask her to take one.

"Visiting a clinic is what we usually do when we get a fever or cough," Fan told the Global Times, but said in principle, the clinic would not receive a patient with a fever. Any fever patients should go to the fever clinic affiliated with a local hospital where they will be asked to take a nucleic acid test.

Asked whether rural areas could be the source of the next outbreak in China, He Xuefeng, director of the China Rural Governance Research Center at Wuhan University, told the Global Times that this was "not necessarily" the case. He believed that because villages are not as populous as cities, if villagers wear masks and maintain proper hygiene, they will not be more vulnerable to the virus threat.

In a notice issued on Wednesday, Shijiazhuang city government warned citizens to reduce their travels and gatherings, and banned all forms of social events.

Lu said he does not believe villages could be the next potential epicenter of an epidemic in China, but the lack of anti-epidemic awareness in Xiaoguozhuang is a lesson for other places to learn from.