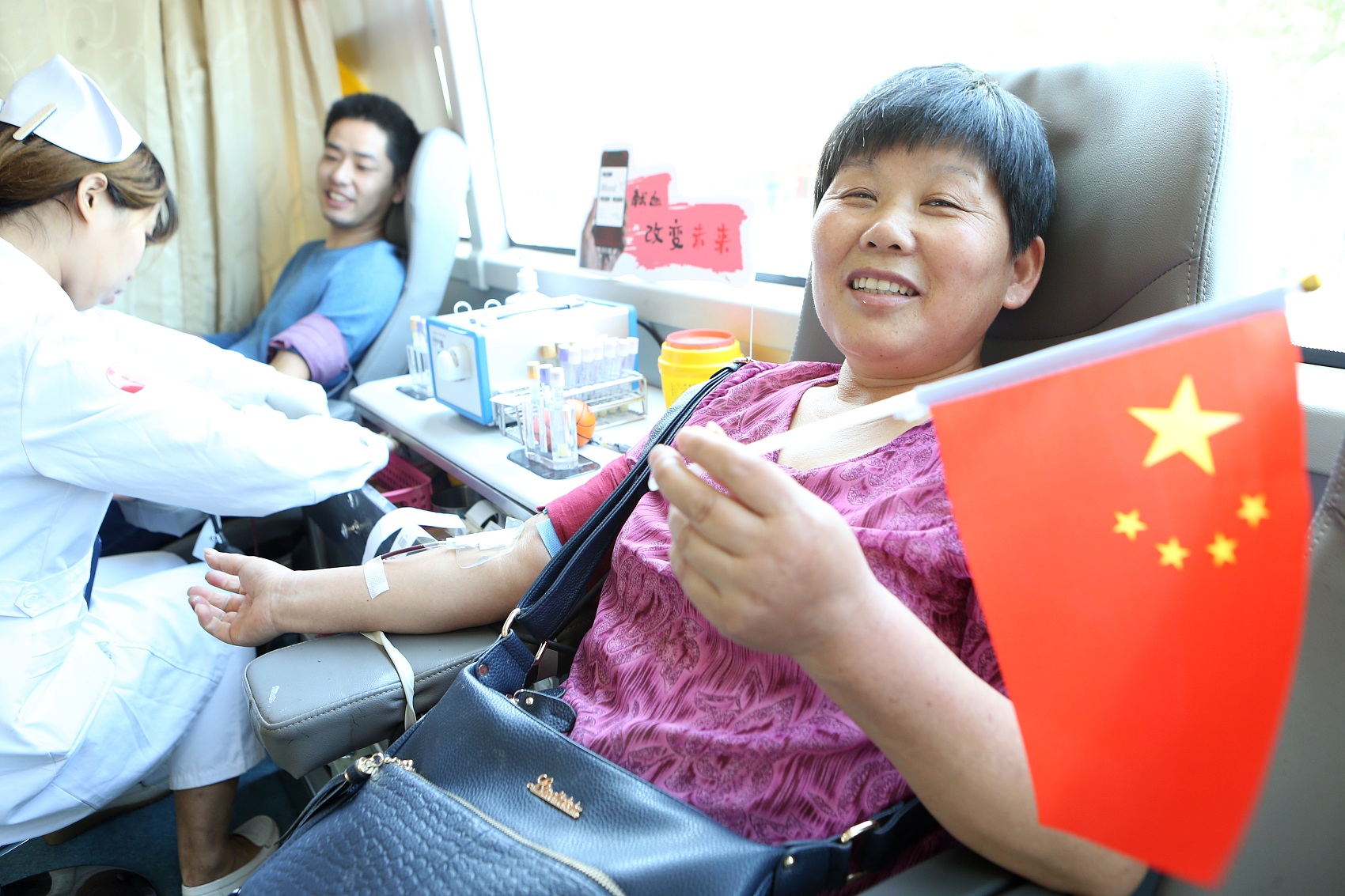 The number of voluntary unpaid blood donations in China grew by 5 percent in the first three quarters this year, alongside a 7 percent increase in the amount of blood donated, the National Health and Family Planning Commission (NHFPC) announced Friday.More than 14 million voluntary blood donations were made in 2016, securing nearly 20 years of consecutive growth, said Zhou Changqiang, an official from the NHFPC.By the end of 2016, China had 32 blood centers, 321 blood stations and 99 blood banks. A total of 1,262 fixed blood-collection rooms have been established across the country, up 41.3 percent compared with 2012.A blood quality management system tests all blood donated, with full coverage of the Nucleic Acid Test (NAT), a technique used to detect viruses or bacteria that shortens the "window period" when they go largely unnoticed by blood tests.