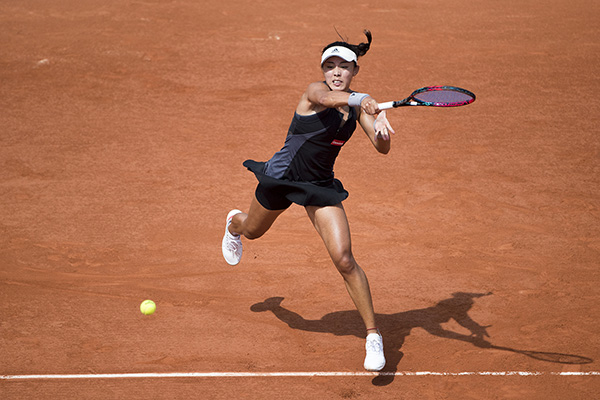 China’s Wang Qiang has made her presence known at the French Open after she crushed Croatia’s Petra Martic in straight sets 6-1, 6-1, on Wednesday to sail into the third round at the 2018 French Open.

Wang, boosted by her victory over American great Venus Williams in the opening round, was able to come through another tough opponent, this time in the form of the world number 34, Martic.

The 26-year-old only conceded two games and six unforced errors throughout the entire contest. After a comfortable 6-1 win in the first, Wang eased her way into a 5-1 lead in the second. Plagued by unforced errors, the Croatian could only throw her racket onto the clay court as defeat loomed closer.

The PRC player’s win means she is into the third round at a Grand Slam event for the first time in her career after previously only managing to get to the second phase at the four big tournaments on five previous occasions.

Wang will face Yulia Putinseva of Kazakhstan next, and on her opponent, she said, “ I will do my best and focus on myself, rather than my opponent. She puts spins on many of her shots and often positions herself far from the baseline which makes her pretty adept on clay courts.”

“I will be more patient and careful with my serves and receives at next round," she added.