China's water quality improves in first half of 2018: environment ministry 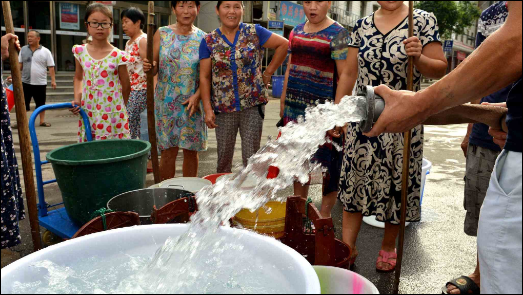 China’s overall water quality improved in the first half of this year, with 70 percent of groundwater samples taken from around the country deemed fit for human use, up from 67.9 percent a year ago, the environment ministry said on Wednesday.

According to an analysis of samples at 2,050 testing sites in the first six months of 2018, 70 percent were deemed grade III or better, meaning they were suitable for human contact.

The amount of water judged to be “below grade V” – water so polluted it has “lost all functionality” and is unfit even for irrigation or industrial use – stood at 6.9 percent in the first half of this year, down from 8.3 percent last year. China is aiming to bring this figure down to 5 percent by 2020.

Though overall water quality has shown signs of improvement in recent years, progress has been uneven, with some regions still lacking adequate “safeguard capability,” experts said earlier this year.

On Wednesday, the environment ministry said the proportion of unusable “below grade V” water was more than 20 percent in the Liaohe basin in the northeast, China’s industrial rustbelt.