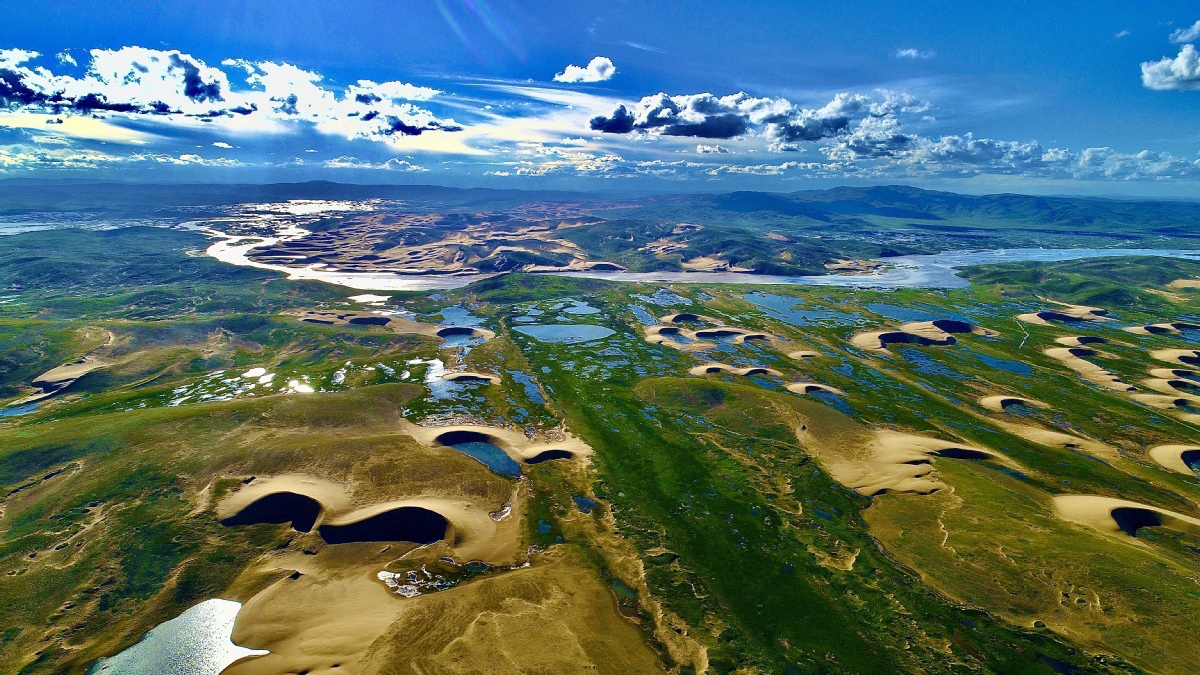 The Sanjiangyuan area, known as China's "water tower", contains the headwaters of the Yangtze, Yellow and Lancang rivers. At an average altitude of more than 4,700 meters, Sanjiangyuan National Park is the world's highest national park covering a total area of 190,700 square km.

From 2016 to 2021, with a total investment of 6.7 billion yuan, the park carried out a series of infrastructure construction projects, and ecological protection and restoration projects, said Wang Xiangguo, director of the management bureau of Sanjiangyuan National Park.