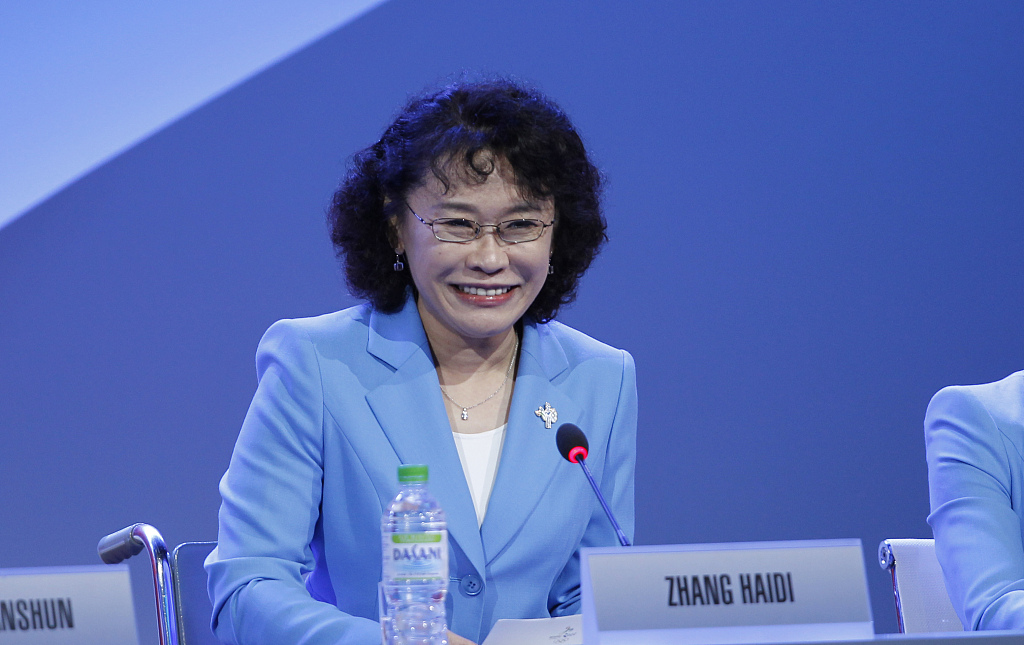 Zhang, the incumbent chairperson who started serving the post in October 2016, was re-elected with an overwhelming majority for a four-year term beginning in 2020.

The RI executive committee and its members congratulated Zhang, also chair of the China Disabled Persons' Federation, on her re-election, a recognition of her work of enhancing the well-being of disabled people in China.

They lauded Zhang's efforts in stepping up reform measures as a clear priority for the RI, the world's leading network for the rights and inclusion of people with disabilities, saying RI members have full confidence in the future development of the network.

Zhang said that as a nearly century-old international organization, the RI has been providing strong support for the cause of rehabilitation for people with disabilities worldwide.

She called the International Symbol of Accessibility, which was designed at the request of an RI commission in the 1960s and became a universal way of designating an accessible facility, a symbol that allows the disabled to feel understood and respected.

With new challenges ahead, the RI should unite all its members to promote the development and application of rehabilitation technology, Zhang said.

She also vowed to continue leading the organization to support the implementation of the United Nations 2030 Agenda for Sustainable Development and the Convention on the Rights of Persons with Disabilities, as well as to help ensure equality and inclusion of people with disabilities.

Founded in 1922, the RI is a worldwide network of grassroots organizations, service providers, researchers, academics, professionals and government agencies with members in over 100 countries and regions. It is the only international disability NGO that is both cross-disability and cross-disciplinary.