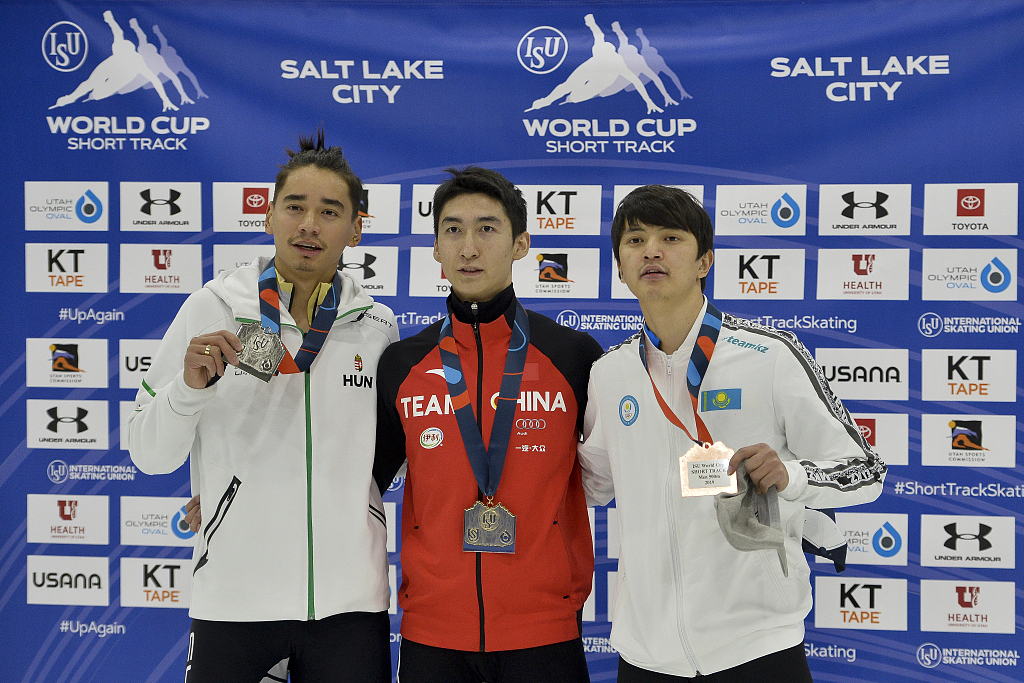 With the victory in Salt Lake City, Wu, the reigning world and Olympic champion in men's 500m, picked up his 15th World Cup medal over this distance. Behind Wu, there was a thrilling battle for silver and bronze. Hungary's Shaolin Sandor Liu finished second, with Kazakhstan's Abzal Azhgaliyev grabbing the bronze.

In the final of the Ladies' 3000m relay, China and South Korea displayed impressive speed. China had a good start and with six laps left moved into the gold-medal position. South Korea, the reigning world and Olympic champions, pushed hard but were unable to catch up with the Chinese while Canada had bronze.

In the ladies' 1000m, the Netherlands' Suzanne Schulting won the gold. China came second and third with Han Yutong and Zhang Chutong.