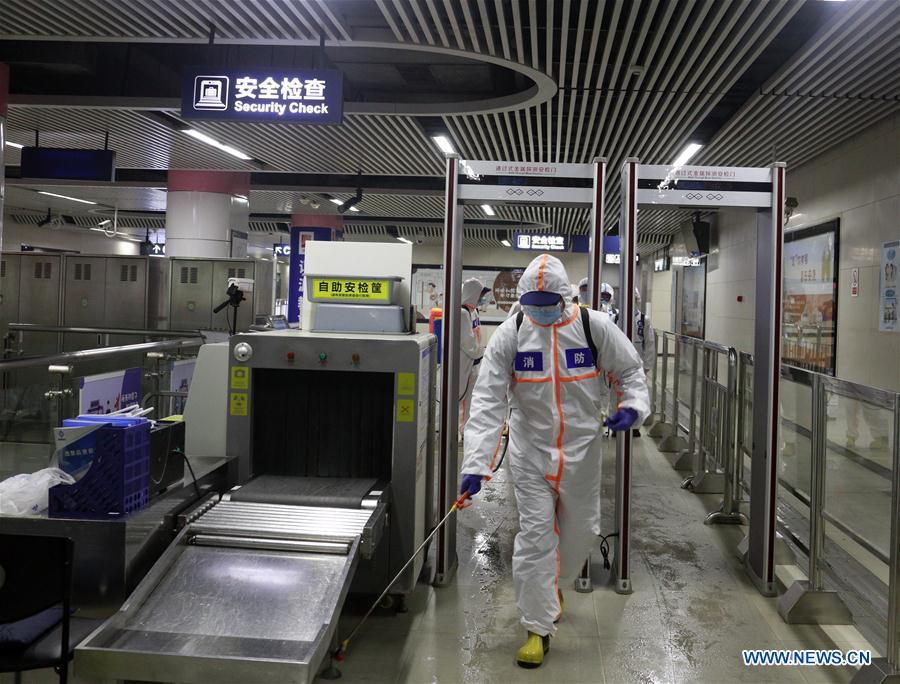 Firefighters conduct disinfection at a subway station in Wuhan, central China's Hubei Province, March 26, 2020. According to municipal authorities, six metro lines are expected to reopen to the public in Wuhan from Saturday. (Photo: Xinhua)

The health commission of Hubei, of which Wuhan is the capital, said Friday the province also registered zero increase in new COVID-19 cases on Thursday.

Hubei saw 5 new deaths, four of which were in Wuhan.

No new suspected cases were reported Thursday in the province.

The province saw 530 patients discharged from hospital after recovery Thursday. Among the 2,896 patients being treated in hospital, 754 were still in severe condition and another 245 in critical condition, according to the commission.