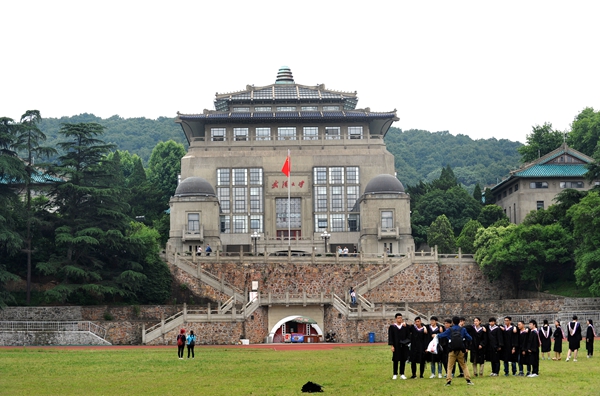 The students, who were pursuing bachelor's and master's degrees, were expelled in late November. A small number of them gave up their studies voluntarily, but the majority of them were expelled because of poor academic performance and violation of school regulations, said Hu Yanchu, dean of the university's School of International Education.

Hu added that the faculty had warned these students many times and arrived at the decision to expel them after careful consideration.

The university currently has more than 2,000 international students. Many of the expelled failed to pay tuition, were frequently absent from classes or skipped mandatory school activities without permission.

Hu said it was also an active move to respond to the Ministry of Education's call for improving the quality of international education.

China has become Asia's largest and the world's third-largest destination for students looking to study abroad, with about 492,000 overseas students, according to the Ministry of Education.

In addition, in a notice issued earlier this year, the ministry called for more equal treatment and similar management standards for international and Chinese students, adding that universities and academic institutions should teach Chinese laws and regulations, school rules and safety information to foreign students throughout their education.

The ministry further stated that international students who violate the rules should be dealt with seriously, and those who are suspected of breaking the law should go through legal procedures.

According to Changjiang Daily, one of the students expelled by Hubei University this year was a woman from Ukraine who called herself Natalia Qiao Liya, a PhD student of modern Chinese literature who became famous after going on one of China's most popular matchmaking reality shows If You Are The One in 2014.

Zhang Haimou, dean of the university's international college, told the newspaper that she had been too busy appearing on television, which severely affected her studies. As a result, she could not successfully deliver a doctoral dissertation after many years in the PhD program.

The proportion of international students is an important indicator for evaluating world-class universities, but the quality of enrollment is equally important, said Xiong Bingqi, deputy director of the 21st Century Education Research Institute.