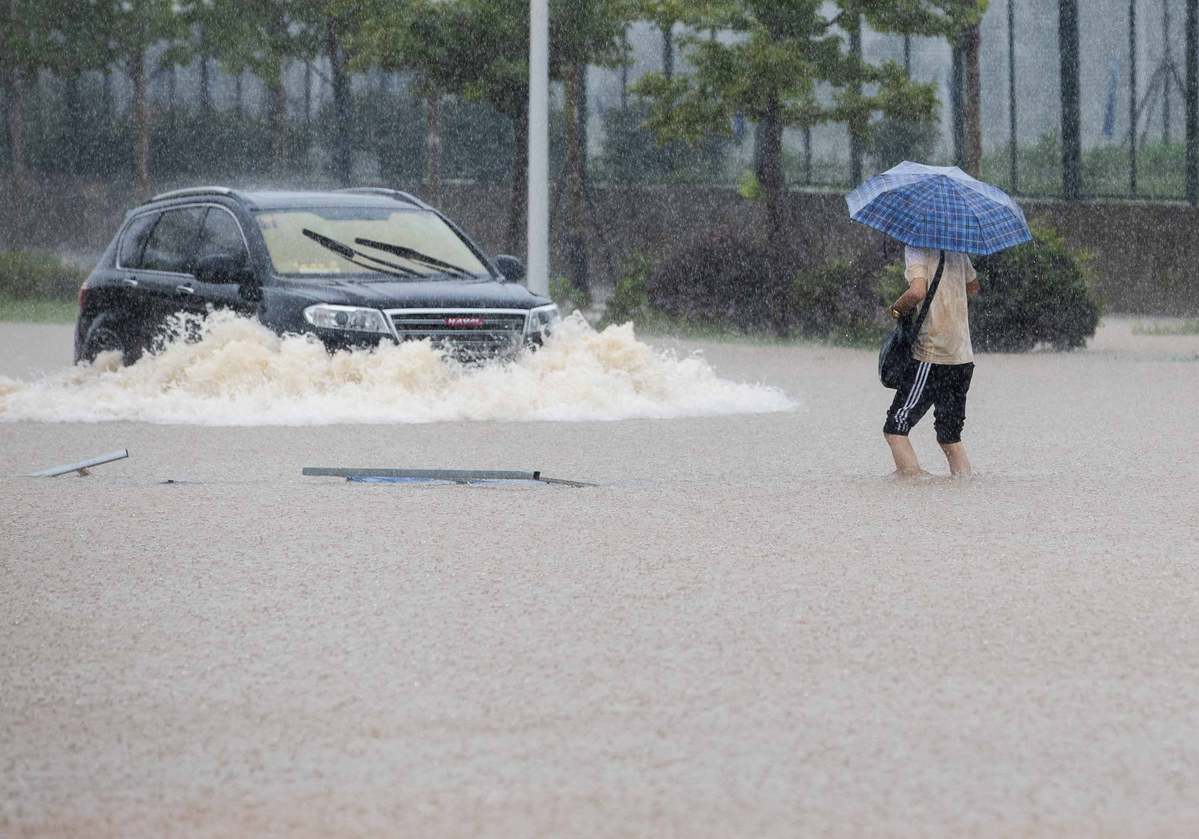 Torrential rain has been pounding the city over the past two days, with the maximum rainfall exceeding 250 mm from early Sunday to early Monday, leaving many road sections waterlogged and the water level exceeding the warning line in some places.

Heavy downpours are forecast to persist in the coming days. In view of the current situation, the city's flood control and drought relief headquarters announced early Monday to raise emergency response levels for flooding and drainage to the second highest.

Heavy downpours have been ravaging a large part of China, affecting millions of people and causing vast economic losses. Several provincial-level regions, including Hubei, Anhui and Hunan, on Sunday raised the flooding response levels as heavy rains are expected to continue and water levels in local rivers and lakes keep rising.