XI'AN, Dec. 23 (Xinhua) - Xi'an, capital of northwest China's Shaanxi Province, imposed closed-off management for communities and villages on Thursday, in an effort to curb the spread of the latest COVID-19 resurgence.

All communities, villages and working units have been closed off since Thursday, and residents have been asked not to leave the city unless absolutely necessary.

Long-distance passenger transport lines have been suspended, with the exception of freight vehicles transporting epidemic prevention materials and daily necessities.

Taxis and drivers working for online ride-hailing platforms are forbidden from entering medium or high-risk areas, or traveling outside the city. 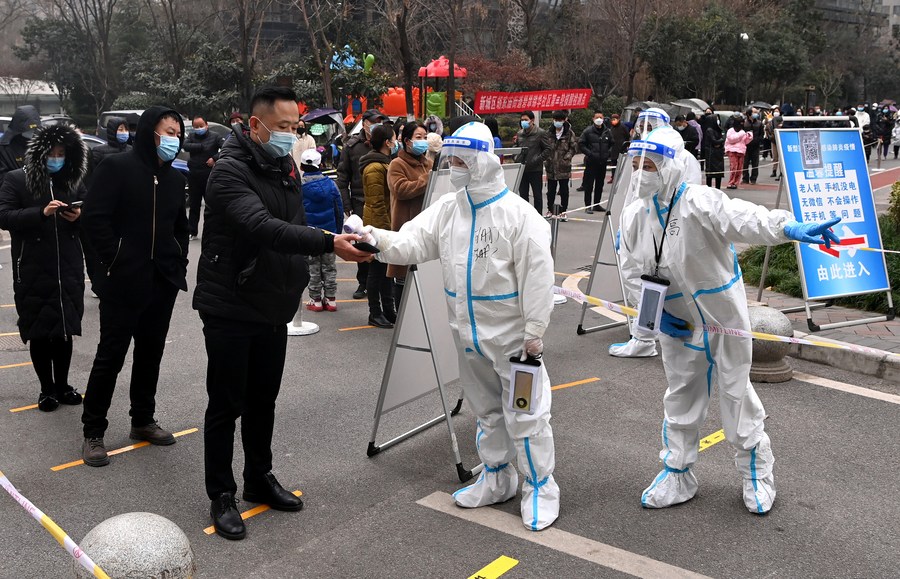 A total of 127 people tested positive for the virus during the second citywide nucleic acid testing, according to data released on Thursday by the city's COVID-19 prevention and control headquarters. At 8 a.m. Thursday, the city launched a new round of testing, with more than 4 million people sampled by noon.

By 1 p.m Thursday, the popular destination for tourists worldwide had registered a total of 234 cases since the latest resurgence was triggered by imported infections on Dec. 9.

Chinese Vice Premier Sun Chunlan has urged swift virus containment measures to curb the spread of COVID-19 in Xi'an during her inspection in the city starting Sunday.

In this megacity with a population of 13 million, more than 3,000 nucleic acid testing sites are working simultaneously to provide services for residents in communities and on roadsides.

Tens of thousands of frontline workers and volunteers are working against the clock to contain the virus. 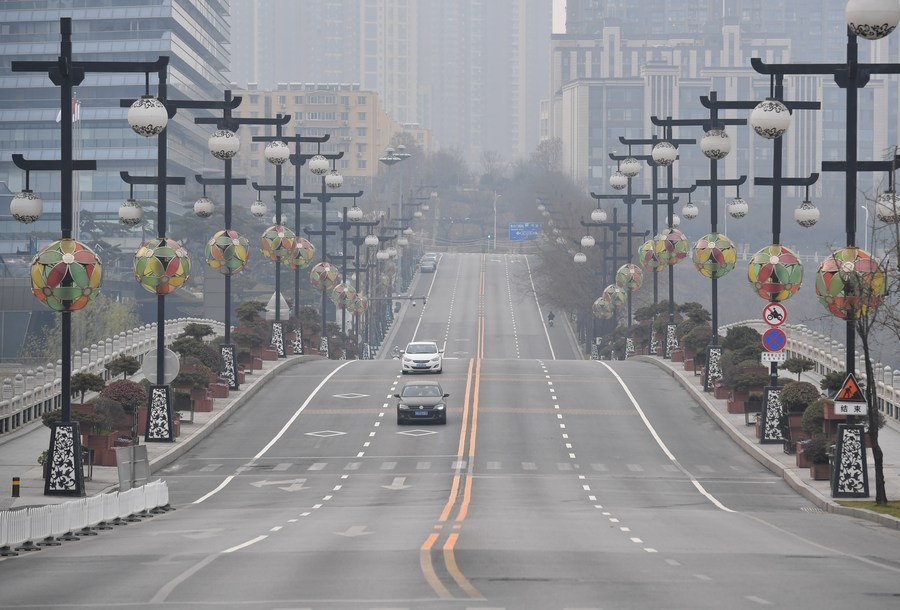 To swiftly contain the spread of the virus, local authorities have rolled out urgent measures while ensuring the city's residents have access to daily necessities.

Adequate supplies of daily necessities such as rice, cooking oil, milk and meat have been guaranteed, with the market supply of vegetables at 13,000 tonnes per day, according to the municipal bureau of commerce.

Since the city implemented its newest measures, numerous frontline workers and volunteers have been devoting their time to fighting the epidemic, building stringent lines of defense against the highly transmissible virus.

Li has not seen his 7-year-old son for almost a week. "The police never get off work because we have to be on call 24 hours a day in case of any emergency," he said.

"The health and safety of citizens matter most, and we hope that through our efforts, the city can return to normalcy as soon as possible," Li said. 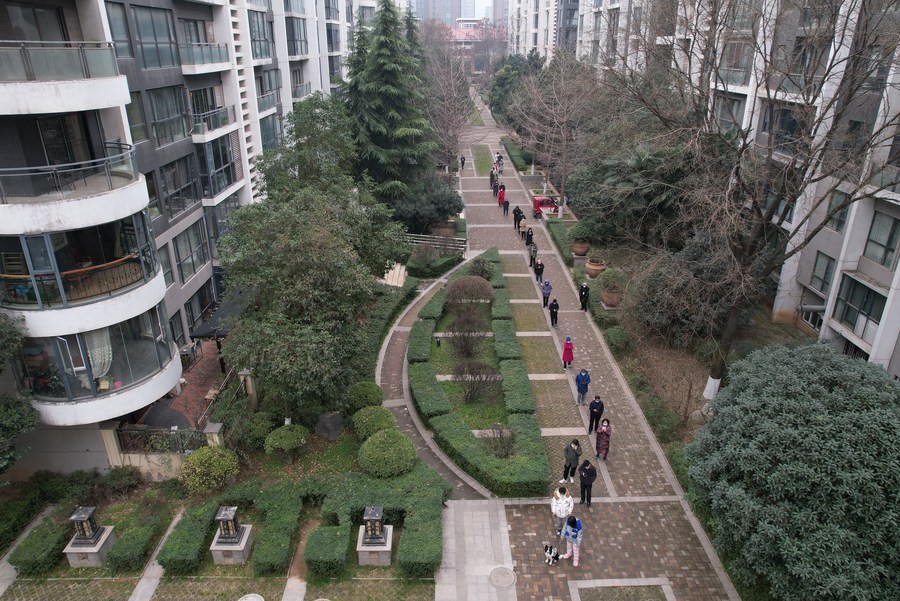 The sudden outbreak has inevitably increased the workload on police officers like Li, and the same is true for his wife Ji Meiru, a community official at a residential compound of Chang'an University.

The university in Xi'an's Yanta District has reported dozens of confirmed cases and was listed as a high-risk area last Sunday.

Ji has had to wear a protective suit throughout the day since she began helping medical personnel test residents for COVID-19 on Dec. 14.

In front of the Jinsha shopping mall, which has been sealed off from visitors, five young volunteers were helping with the disinfection work.

"All of the employees in our company started taking time off last weekend. Since we are free, we want to help those in need," one volunteer said.

"We will definitely get through this winter before long through concerted efforts," she said.